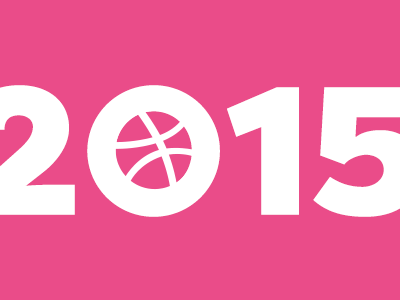 2015 was a busy year at Dribbble, to say the least. We hired 4 new employees - Alison, Jeffrey, Adam and Hallie - to join Ian, Patrick, Dan and Rich, bringing our team to a whopping 8. Explosive growth! :)

Given our new faces and distributed team, we were thrilled to gather twice this year, once at Dribbble HQ in Salem and again in Chicago at the Dribbble x Threadless Meetup, after which the dev team attended Windy City Rails to get our nerd on.

We had some big releases such as infinite scroll, responsive shot lists, full size shots in lists, and Deals for Designers, we introduced Courtside Stories to better cover the community, and we even launched a podcast.

We also integrated our site with some great products - Slack and InVision, moved our entire technical infrastructure to a new host, co-hosted a big event and saw Dribbblers continue to gather at meetups all over the world.

As always, the biggest story of 2015 was our members, who continued to share astonishing work on our site. Here are the top 15 shots of 2015.

We collect quite a bit of data around here, so let’s take a look at what’s changed in community, activity, hiring, meetups, and more over the past year …

A giant, thank you! to all the members of the community who made 2015 fun, exciting, inspiring, and creative. Let’s do it again next year.