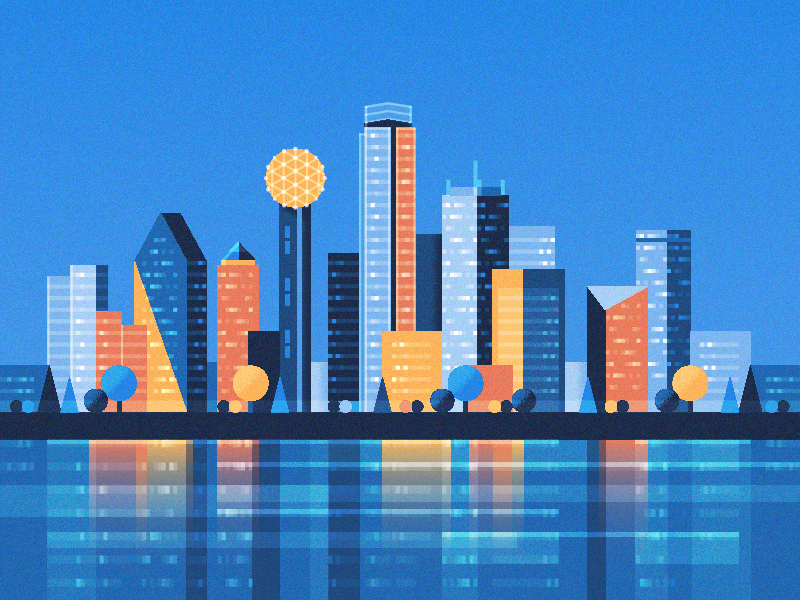 This article was last updated in December 2020

A while back, we rounded up the top 7 cities for freelance design nomads. Of course, freelancing isn’t everyone’s cup of tea—so for those designers who prefer working within a larger team, we rounded up some of the best cities for graphic designers to find full-time jobs in 2020.

Sure, you might automatically think that big metropolises with concentrations of design schools would be the cities with the best opportunities or average salaries for designers. However, across the United States and the rest of the world, it’s worth noting that a lower cost of living amongst different cities can afford designers of all stripes vibrant opportunities.

We looked into a few factors such as where most designers are being employed full-time, and what cities are hiring the most designers these days to bring you ten great cities for full-time design jobs in 2020. Check it out:

Seattle is booming in tech—massive corporations like Amazon, IBM, and Microsoft are all headquartered here in the Emerald City. It’s no surprise there’s a large demand for designers and digital creatives who are all flocking here for new job opportunities in tech. Not only is cost of living in Seattle relatively affordable compared to larger metropolises like New York City or San Francisco, it’s also a gorgeous city that any creative professional is bound to be inspired by.

Look! It's some building! Woo. - I'm on the internets! Instagram | Web Shop | Behance

As Canada’s largest and most populated city, Toronto is a force to be reckoned with when it comes to design and tech. According to Toronto Global , computer systems design and related services make up over 30% of the Toronto region’s tech jobs. As you can imagine, designers can find plenty of full-time job opportunities here and this only continues to grow. Let’s also not forget—Toronto has over twenty colleges in the area keeping the hiring pool flowing.

This is a crop from an CN Tower illustration poster I did a while ago for a series of isometric observation towers viewed from the bottom. I wonder, do you Dribbblers like the realistic version, or the yellow/orange version?

Chicago is another city that has slowly but surely become a prime location for designers to find full-time work. From small startups to world-renowned design firms, the city is full of creative job opportunities. According to Billy Baumann, Creative Director at Delicious Design League, the plethora of different kinds of job opportunities is what’s so great about being a designer in Chicago:

“Chicago is a great place to work because it’s a bit of “choose your own adventure”. We have a plethora of large advertising and marketing agencies but we also have a thriving boutique design community, so the opportunities are nearly endless on being able to pick the type of career path you’re looking for and more importantly the type of design work you want to be doing.”

Austin houses a number of strong design teams and is bursting with talent. Many businesses have been relocating here the past few years to hire the unique talent in Austin and take advantage of the collaborative tech and design community it fosters. Creative Director Alex Roka of Austin-based Helms Workshop tells us what he loves about this city:

“Austin itself is going through a massive growth spurt which has lead to a lot of new client opportunities in everything from tech to hospitality. It will be interesting to watch the design scene evolve as more people seek out all the great local talent here.”

My great new adventure starts today! Here’s to all the people who got me here, all the things I’ll learn, and all the tacos I’ll consume. 🔆

Boston is home to a plethora of agencies—from big to boutique—as well as other creative studios, and many great places to find design. The city is full of art districts, world-class museums, and a growing tech culture which means plenty of job opportunities. Not to mention, the creative community here is extremely active and you’ll always find some kind of design event or meetup to attend.

Whoaaaa catching up with my portfolio finally and posting some old finished projects that still have made the cut. Here's a poster I made for Uber a couple of years ago to be used around town as sort of a scavenger hunt. Full info on it on my site with...

Over the last decade, thousands of fast-growing startups have started to flourish in the UK—London to be more exact. The thriving tech and design scenes have opened up a ton of new job opportunities for digital designers, developers, and creative practitioners alike. If you’ve been thinking about relocating, London is definitely a city to conside—not only due to its thriving job market, but also its cultural mix and thriving creative community.

Los Angeles is widely known for its film and entertainment industries. More recently, however, the city has had a growing design scene which has attracted many artists and creative businesses to the area. Tons of new design job opportunities are constantly emerging in Los Angeles and its surrounding areas—from the startup scene in Venice Beach to the thousands of small creative studios sprinkled around the city.

“I may be biased, but I think this is the best city to live in as a graphic designer because you get sun year-round and the creative community.” — Graphic Designer, Amber Asay

Berlin has been known for housing many startups and continues to encourage other small tech companies to relocate here. It probably doesn’t take a lot of convincing since it’s relatively cost-effective for companies to have their headquarters here compared to other European cities. There’s also tons of talent to hire from as designers continue to flock here because of all of the opportunities the startup scene has brought.

“Berlin is especially appealing for full-time work because of the vivid startup scene that has been established throughout the last couple of years with a growing need for talent in design & development. But there are also factors like a well-developed public transport system, many great places to eat out, and the proximity to nature which helps to keep the work-life balance in check. Also, Berlin is still an affordable city, not only for singles but also for families.” — Axel Hermann, Designer @Pitch

The illustration with German landmarks with the usage of geometric shapes by our art director Ilya Feel free to comment!

While cost of living is something to be considered in a metropolis like New York City, the location has always been known for being an epicenter of art and design. Designers far and wide flock to the Big Apple for the plethora of creative opportunities it has to offer. If you’re a designer who’s always dreamed of living in New York City, you’re in luck because there are plenty of companies currently looking to fill design roles.

(Full Poster Attached) An all new New York City Poster joins my World Travel Poster Collection. Had a lot of fun making this one!

It’s no surprise that San Francisco made it to the top of this list. Since the 90s, the tech industry has continued to grow at an incredible rate in the Bay Area and it has been a hub for design and development jobs ever since. The city and its surrounding areas are home to some of the world’s largest tech companies such as Apple, Airbnb, and Google (among many others) but also plenty of startups looking to hire designers.