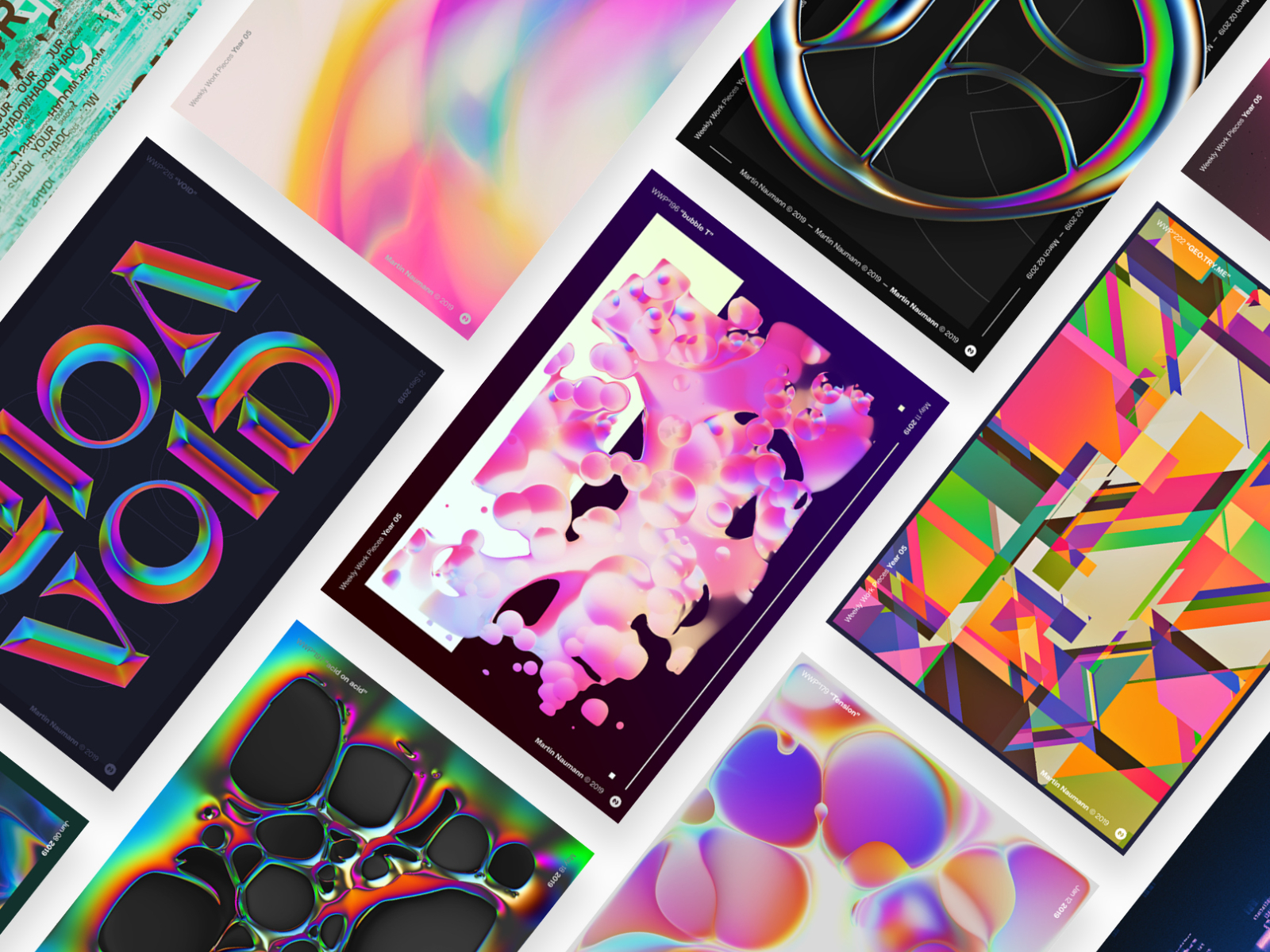 In this article by our friends at Everypixel, get a basic overview of generative art, plus explore a few fun tools to help you instantly create your own unique patterns ■

Generative art comes in a variety of forms: from music to literature to digital graphics. By definition, generative art is a form of art that is either completely or partially created using an autonomous system. This system can be represented by any kind of algorithm: mathematical, mechanical, or biological. Here’s how these algorithms work:

Generative art is a form of art that is either completely or partially created using an autonomous system.

When did generative art first appear?

Before diving any further, let’s take a look at some examples of generative art throughout history—from its beginnings to most recent applications.

One of the earliest examples of generative art was a popular game in Europe back in the 18th century called Musikalisches Würfelspiel. In this musical game, a specific melodic line was assigned to a number on a dice after it was rolled. People would use the dice to randomly generate music from a set of existing melodies.

The strongest development point for generative art was in 1960—an era when computer technologies were spreading globally. Pioneers in novel art created algorithms within software that generated graphic images. As a result of these visual experiments, the graphic editor is now a widely used tool, and computer graphics are no longer considered marginal compared to other graphic techniques.

With time, generative art completely automated the hand-made craft. Beforehand, a lot of time and energy was required to produce a pattern. Now, designers have a ton of software at their disposal to create an infinite variety of patterns with very minimal effort.

Tools to create your own generative patterns

If you’re interested in dabbling in generative arts, there are plenty of tools available on the web for you to explore. The tools below are all based on the theory of ornamental group—a specific classification that allocates patterns into categories according to their symmetry and describes its special aspects.

Within Adobe Illustrator and Photoshop, you can choose from pre-designed elements (or create them yourself) to generate a pattern instantly. Simple select your object then hit Object> Pattern> Make. The final product can be saved in any format.

Enter any combination of letters, and this fun tool will generate a random geometric pattern made up of polygons, interlocking circles, harmonic waves, and so on. Save options are available only in PNG format.

A similar free of charge program that transforms any word into a unique pattern. Based on Conway’s Law, it allows you to generate an unlimited number of ornaments. The outcome can be saved in PNG, JPG, or SVG.

These are free analogs to Adobe Illustrator and Photoshop. Plain Pattern and Patternico can save you time during the setup mode. You can even upload your own SVG files and use them to create a pattern. Results available in PNG format.

Everypixel is an algorithm that forms a layout independently using pre-installed elements: lines, objects, images. In just one cycle, it can automatically create a ton of different patterns. By using the same ornament, you can generate hundreds of options that will consist of the same elements but in different sizes, colors, and orientations against each other. Right now, you can download pre-made patterns, but soon, developers will upload the software to the public and will also teach neural networks this operation.

Generative art has come a long way since its inception, and we’re now observing it in full bloom. Automated algorithms still need humans, however, machine learning algorithms are slowly grasping creative tasks. If you think about it, we already listen to generated music and enjoy art created by neural networks. This is only the beginning ■

About the author: Konstantin Dyomin is the content manager at Everypixel. He has a Master’s degree in Computer Science. Konstantin is also interested in humanitarian studies, video production, and digital art as well.