In this article, get an intro to voice-first technology from CEO of Score Publishing, Bradley Metrock. Bradley is recognized as a top voice and AI thought leader, speaking and writing regularly on the topic. Today he breaks down the four main areas of focus when designing voice user interfaces (VUI). 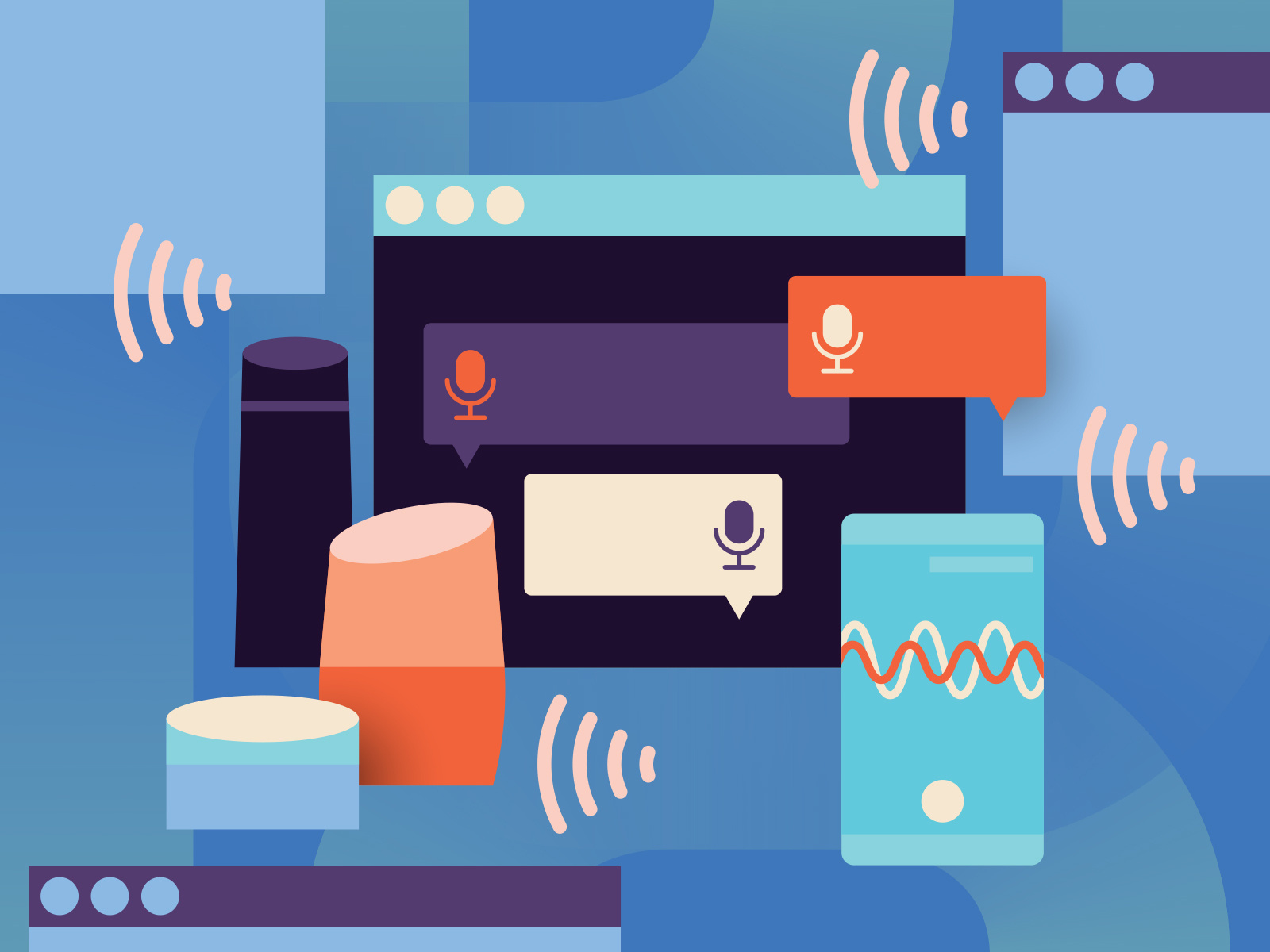 We’ve all seen it: voice technology is exploding. Everyone you know has an Amazon Echo Dot, or a Google Home Mini, or talks to Apple’s Siri in the car.

But not everyone understands that what feels like a gimmick today, is about to become essential tomorrow, as tech’s biggest players continue to make advances with AI and machine learning that make it easier for these nascent voice user interfaces to add actual value to our lives.

And even now, most people would be shocked to learn about the various use cases spanning almost every industry imaginable where voice interface trends are changing the way things are done. I wrote about this for Harvard Business Review earlier this year and it’s a good resource for those who want to understand the emerging industry that is voice technology.

When it comes to voice user interface design (VUI), there are four main areas of focus that any designer should consider:

Empathy is a valuable trait for most professions, but with VUI design, it’s absolutely necessary.

Unless there’s an accompanying screen with the voice interaction, you can’t have the user getting lost in menus he or she can’t see. And you can’t bombard them with jargon they won’t understand—the grade level of the text, for mainstream applications, needs to stay low.

And what happens when the user doesn’t respond back in the terminology the voice experience is expecting them to? How are you going to prevent your users from getting frustrated and never returning?

Hello fellas, In this exploration is about Voice Assistant made by Samsung "Bixby". I've try to make the design looks clean as possible and mix by using lighter color. Feel free to feedback and comment. don't forget press "L" if love it. Thanks! Get...

Any jingle you’ve ever heard, or any series of notes or chimes that you’ve come to associate with a particular company, is sonic branding. Sonic branding is everything from the type of narration chosen for vocal delivery to the overall production values of every recording you make for your voice user interface.

The idea that sound communicates values, often without saying a word, is an integral part of the emergence of VUI as our next primary computing interface.

From Intel’s Pentium-era four-note chime to the annoying jingles of local lawyers or plumbers getting you to sing along their phone number to countless other examples, the more you understand and appreciate the power of sonic branding, the better a VUI designer you’ll be within this space.

by Tanmoy for TechCare™ Inc ✪

Hello, It's just a conceptual design first time done with Figma. In this design, I've followed new trendy cards, shadow and concepts. I hope it will be helpful for you somehow ;) Tools Used: Figma I would love to hear your valuable feedback about the ...

Casual observers would be surprised to learn how many issues have already arisen around the topic of gender within voice technology.

First, there’s the gender of the mainstream voice assistants, such as Alexa and Siri. Why are they female? Should they be female? What you quickly begin to understand, and what we’ve seen in our industry time and again, is that the selection of gender needs to be highly strategic (and empathetic) depending on the primary user experience envisioned.

The selection of gender needs to be highly strategic depending on the primary user experience envisioned.

Designing a chatbot or voice assistant? Women have said an authoritative male voice talking to them about their finances irks them enough to avoid using that bank entirely.

Designing a voice user interface to extend a well-known brand, such as Purina, Dominos Pizza, or Tide? Every brand will have demographic compositions of their customer base that can be used to inform better decisions on gender, whether to allow users to customize the gender of the voice interaction, or whether to make the voice gender-less, which is also possible.

Sneak peak from one of my personal project. Exploring how to transition into a circular loader.

In the mobile era, we became accustomed to driving repeated usage of apps. How long can we keep the user in an app and engaged? Same thing for the web. Forming repeated, consistent user behaviors was the focus and still is.

With VUI, on the other hand, we’re seeing much less emphasis on these repetitive, habit-forming use patterns. Think about it: most voice experiences are going to mimic human interaction. And with human interaction, the last thing we want is to have the same conversation each and every day.

Most voice experiences are going to mimic human interaction. The last thing we want is to have the same conversation each and every day.

There’s no aspect of verbal human interaction that we want to have happen the same way, or even approximately the same way, over and over. So when it comes to voice: design the VUI experience to guide the end user–supporting their needs and solving their problems–while ensuring a variable, conversational experience for voice recognition.

There’s no one single way to develop the right voice interface, but there are a lot of wrong ways. As you design voice user interfaces, whether for Amazon Alexa, Google Assistant, Samsung’s Bixby, or others, keep these four design principles in mind. You’ll find your users will get more out of the interaction and you’ll earn the user’s trust in the process.

About Bradley Metrock: Bradley Metrock is CEO of Score Publishing, helping creators find voice. He serves as executive producer of the VoiceFirst Events series, including the upcoming Voice of Healthcare Summit (Harvard Medical School, August 5-6) and the voice tech mega-event Project Voice. Metrock has been cited as a leading thought leader on voice-first technology and AI, quoted by organizations as diverse as The Mayo Clinic to Forbes to Harvard Business Review.