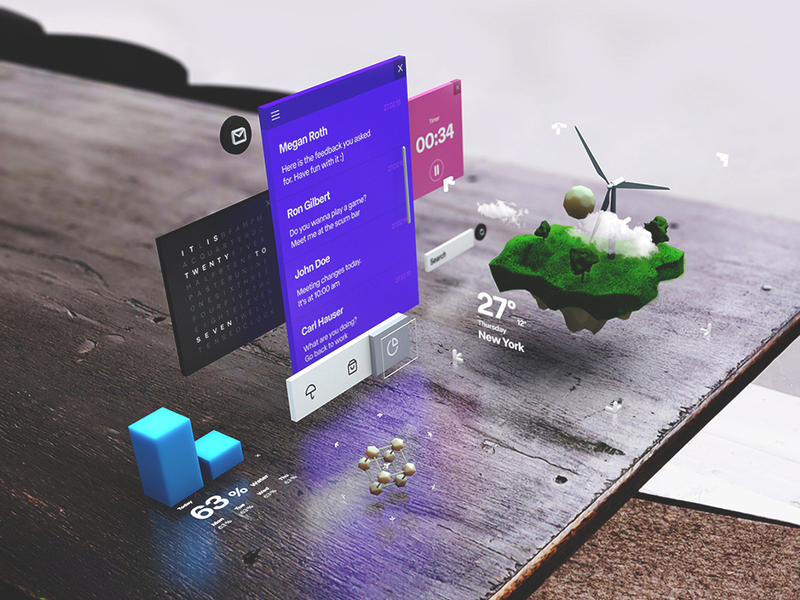 Meet Bushra Mahmood, a San Francisco-based Senior Designer currently at Unity Technologies and previously at Adobe. Throughout her career, Bushra has built up a diverse portfolio working in machine learning, 3D, AR, fin-tech, e-commerce, and digital publishing. In this post, we dive deep into the world of 3D as Bushra helps give us a better understanding of how to properly design for Augmented Reality.

This article is Part 4 of an ongoing series—catch up on Part 1 , Part 2 , and Part 3 . 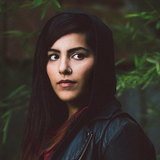 Understanding depth and volume is crucial when designing for Augmented Reality. We experience the world in more than one dimension and need to design accordingly. In this post, I’ll shine a light on what 3D means in Augmented Reality. We will take a look at the components of a 3D scene, how the underlying technology works, and methods for producing 3D objects. This post is ideal for readers who want to:

How can designers start learning 3D?

For many years, 3D had an impossibly high barrier of entry for designers. It’s long been considered a technical medium reserved for industries like visual effects, video games, and medical illustration. Adoption in design has been further blocked by a steep (and rocky) learning curve, poor user experience, and prohibitively expensive entry fees.

As the need for designers with 3D skills skyrockets, however, new initiatives are emerging to make learning 3D easy, accessible, and fun for designers.

One such initiative is 3D for Designers , which has become the de facto starting point for designers and illustrators who want to add 3D to their toolkit. Created and taught by design industry veteran Devon Ko, it includes both free lessons and a comprehensive 3D design fundamentals course . If you want to learn shape, form, lighting, color, and animation in 3D, I highly recommend starting here.

Disclosure: Devon helps me edit this Augmented Reality on Mobile series, and I’m a Teaching Assistant in her course!

Composition of a 3D Scene

A 3D scene is composed of several objects and things that exist in x, y, and z space. Some of the more common objects you will find in a scene are as follows:

Rendering is the process of interpreting 3D scene data into a graphic. Traditionally, 3D software has a render preview mode that can be activated to see a (typically) lower-quality preview of the final render. Depending on the hardware and complexity, a single frame can take a few seconds or even days to render.

AR as a medium cannot afford a few seconds or days to show content. This medium requires the rendering to always be done instantly and in real-time and therefore requires a real-time rendering solution.

There are several  types of 3D extensions and formats, some are exclusive to their authoring environment whereas others are open source. The following are common and emerging formats:

So what’s the best file format for AR?

The challenge with loading 3D objects into an AR application is that it needs to be done immediately and in real-time.

The best file format is one that loads and performs as fast as possible, and that’s the goal of both .glTF and .USDZ.

The major conflict between these formats is that the industry has divided itself in terms of support. For example, Apple exclusively supports and encourages the use of .USDZ for ARKit applications, however, Chrome does not support this format on the web and promotes .glTF.

If you are considering commissioning or buying a 3D asset, my recommendation would be an .fbx since you can covert it into both .glTF and .USDZ based on your needs.

3D models are constructed in two primary ways: sculpting and modeling. Figuring out the type of object you need first will determine the software or artist that is right for the task.

Sculpting: The act of deforming polygons with a brush point, similar to working with clay. This method is best for organic shapes like figures and animals. The most popular software specialized for this type of work is ZBrush  and Mudbox .

Modeling: Controlling every point with precision, similar to working with vectors. This method is best for hard surfaces like machines and architecture. 3D tools such as Blender , Maya , and Cinema 4D  are capable of both types of authoring.

Whichever process is chosen, it will ultimately create a mesh. A mesh is simply a collection of points, edges, and faces that help describe a 3D object in space. These points, edges, and faces combine to form polygons. The higher the polygon count, the smoother your 3D model will look. A higher polygon count may also impact performance and load times. This is one of the main reasons current AR games do not look as high fidelity as a game designed for a console. Below is an example of a sphere with low-polygon to a high-polygon count:

Sometimes, instead of creating a high polygon count mesh, a material can act as a way of introducing the same amount of detail but with a faster load time.

There’s a misconception that materials are like a layer of paint on an object. Materials are more like upholstery, they have structure and properties within themselves and can even influence the shape of a model. They can also exist separately from the mesh and be reused. The most popular tools for authoring materials are Substance Painter  and Substance Designer .

All of these spheres have the same mesh but different materials applied over them:

UV Map: When a material is applied to an object, the UV map is one way to define how it is projected on the mesh. For example, if a flat texture of the earth is applied to a sphere, without a UV map it would look like all of the continents are squished into one spot.

In some cases, a purchased model may not look correct, oftentimes because the materials are missing or the mapping is incorrect.

Not all renderers are the same, in fact, each rendering engine will have unique characteristics that will impact how something looks. For example, purchasing a model with V-Ray materials will only work if you are using the V-Ray renderer. Here are examples of popular rendering engines:

A material may not be the only thing that affects how your model looks, the following list of properties can also influence the visualization of an object.

Lighting does more than just brighten a dark scene, it’s the secret to making something look like it belongs in an environment. Incorrect lighting is one of the most obvious visual discrepancies a viewer can pick up on. Lighting can sometimes also have a greater impact on the color of an object than the materials themselves.

For lighting to be believable, it needs to be accompanied by the right shadows. Our eyes are trained to recognize where an object is in space based on the cues that shadows provide. For example, natural light from the sun casts stronger directional light and shadows than artificial light.

Some models come with a lighting rig which is a set of lights that mimic different studios or setups. These setups can be static or animated and can have different properties.

Sometimes the lighting can be defined by a 360° image, these are called Image Based Lights (IBL) and are a cheap solution for creating realistic lighting. Here’s an example of an IBL being used to light a kettle:

Many AR services use a method called lighting estimation to generate more realistic lighting and shadows. This is a method of using computer vision to understand the world around the user and then generate the correct lighting setup. This process is similar to an IBL and is constantly analyzing information so it can update to match any new changes that take place. Below is an example of a real-time lighting estimation in ARCore. The introduction of a bright light illuminates the model:

With the advancement of cameras and sensors on phones, 3D scanning is starting to pick up momentum as a viable way of generating content from a phone. One of the most common methods of scanning is using photogrammetry .

An application like Meshroom  can take image data from your phone and help generate a mesh so you have a 3D model. This photo is part of an excellent case study of using different 3D techniques including scanning by Aaron Covrett.

At this moment 3D scanning via phones still has some way to go since the mesh is not 100% accurate. If you do go this route, be prepared to clean up the materials and the mesh that gets generated.

The good news is that mobile device manufacturers are continuously investing in better hardware and sensors, which will in turn enable even more precise scanning in the future. A time when you can instantly scan a production ready 3D asset might not be that far away.

There are several resources that can help make it easier to get the right 3D content. Here are a few recommendations:

Turbosquid:  A paid stock site with some of the most extensive offerings of 3D models and textures.

SketchFab:  A web based service and community for viewing 3D models and finding artists.

Unity Asset Store:  A large offering of paid and free 3D models and extensions optimized for a real time engine.