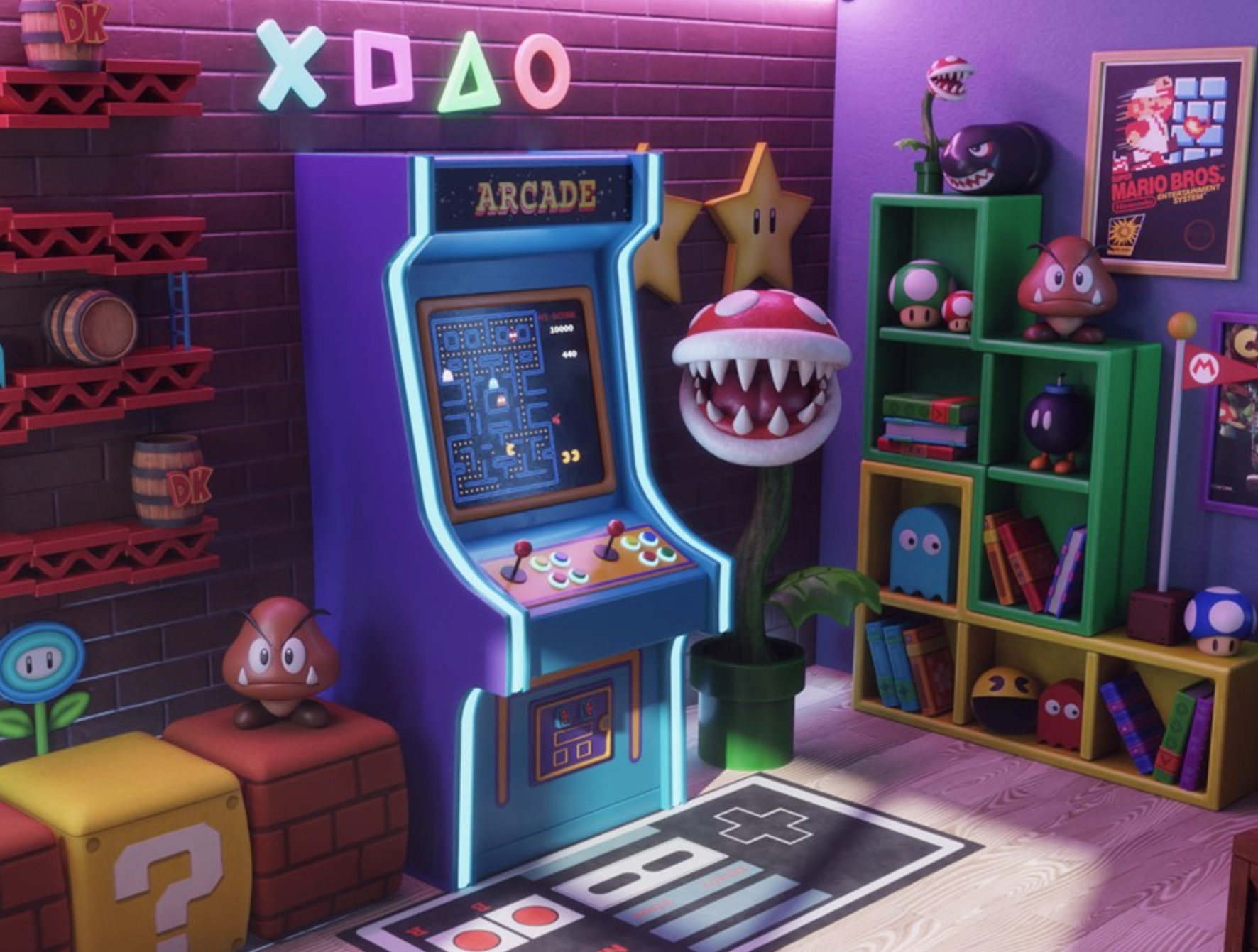 There’s an exciting new tool in town, designers. It’s a platform that’s revolutionizing how we create as individuals and work together as teams.

Meet NVIDIA Omniverse — a powerful tool for connecting and collaborating with other creators and designing immersive virtual worlds. With NVIDIA Omniverse, 3D creators, developers, and enterprises have more creative and efficient options to work together.

✏️ Thanks to our friends at NVIDIA for sponsoring this blog post!

How does the NVIDIA Omniverse work?

Omniverse connects today’s workflows with industry-leading 3D tools, enabling creators to design and build their own virtual experiences with ease.

For designers looking to get inspired by this innovative technology, the NVIDIA community provides access to tutorials, weekly live streams on Twitch and an active Discord channel, good technical support and documentation, and an Omniverse gallery for inspiration.

Get inspired by some fantastic creations made with NVIDIA Omniverse:

Edward’s Big Apple is created from 32 million polygons, and thanks to ray and path tracing capabilities enabled by RTX technology, as well as physics-based simulation capabilities and third-party integrations of Omniverse, it is a “real-life” work of art.

An accomplished 3D game environment artist based in Germany, she specializes in creating hand-painted hand-rendered textures that would not be out of place in an elevated version of Nintendo’s Animal Crossing.

She draws inspiration from the Mogao Caves, which preserve tens of thousands of historical documents, paintings, and Buddha statues. Using Omniverse, she creates physically accurate 3D models. Ting, a Forbes 30 under 30 artist, spends her time exploring fine art in the digital age. Her immersive, multidimensional art is the first to be auctioned by traditional Chinese art houses.

Yenifer Macias, an NVIDIA creator, based in Colombia, turns her sketches into 3D masterpieces on Omniverse. 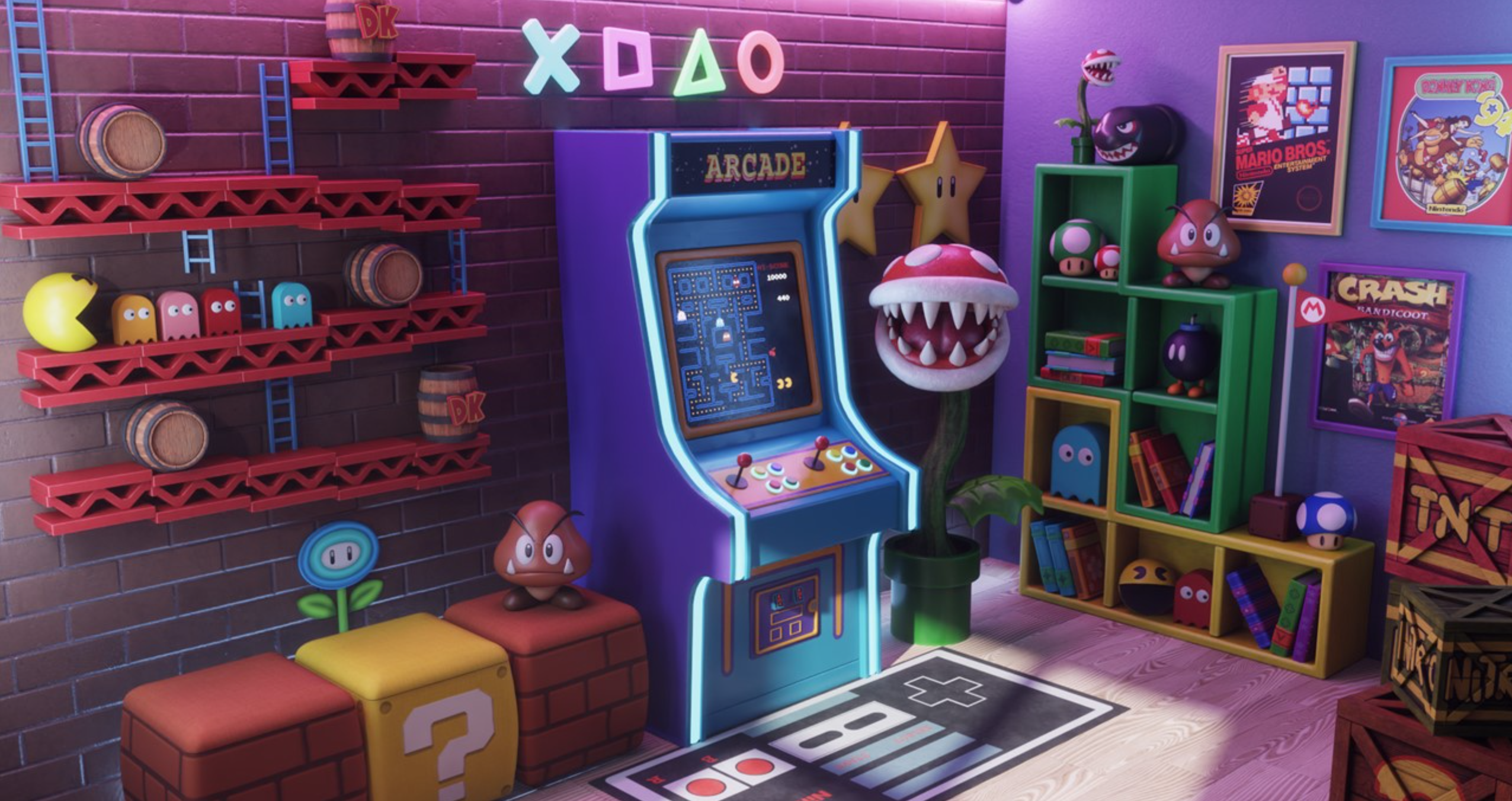 Yenifer’s Retroverse aimed to recreate the childhood experience of retro games like Pacman and Super Mario Bros. During her time as a creator, she completed various work, including architectural drawings, freelance animation, and visual effects enjoys creating massive 3D worlds with the Omniverse Create app.

When choosing the scene, the group was inspired by shared memories of eating ramen together in a family restaurant in Tokyo. Using this world simulation platform for collaboration and 3D designs, nearly two dozen NVIDIA artists and freelancers created a realistic virtual ramen shop. This project, which contains 22 million triangles, 350 unique textured models, and 3,000 4K-resolution texture maps, deserves praise.

Explore the power of Omniverse with #MadeinMachinima

If you’re inspired to try NVIDIA Omniverse, we encourage you to join the #MadeinMachinima contest which runs through June 27. As a part of the contest, creators are tasked with building and animating a cinematic short story with the Omniverse Machinima app for a chance to win the latest NVIDIA Studio laptops!

Get your creative juices flowing and explore the power of Omniverse as you remix characters from Squad, Mount & Blade II: Bannerlord, Shadow Warrior 3, Post Scriptum, Beyond the Wire, and MechWarrior Mercenaries 5 using the Omniverse Machinima app. You can read more details about the contest and how to enter here!

Get inspired by more incredible design

If you’re curious who else is creating with NVIDIA Studio and Omniverse, the brand features a different artist every week. The artists’ work, creative processes, and use of tech and AI are highlighted in the Omniverse gallery for inspiration. Check them out! ■