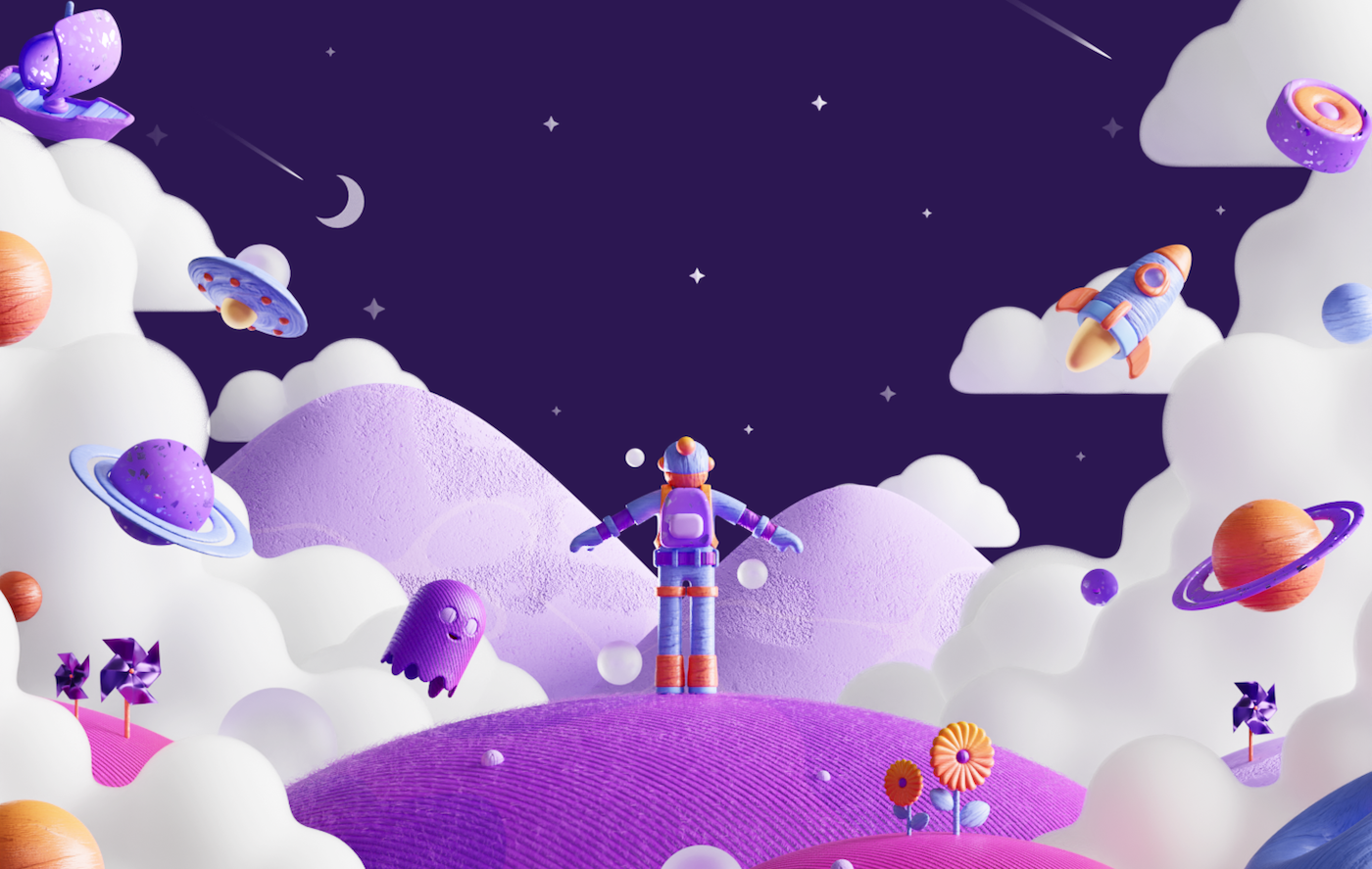 The surprisingly rapid pace of innovation in the blockchain space has become quite obvious to even the staunchest of crypto critics. The successful deployment of Ethereum scalability solutions, such as Polygon, has substantially accelerated the adoption curve for blockchain and Web3 apps. Gaming, FinTech, digital identity, social media and publishing will very likely become Web3-enabled within the next 5 to 10 years. DeFi(decentralized finance) apps and platforms are already there, offering a solution to several problems in traditional finance.

But for a new technology to succeed and achieve mass adoption, it doesn’t only need to improve upon the existing status quo — it also has to avoid inconveniencing its user base. This is where UI/UX designers come in. There has been an ever-increasing demand for experienced UI/UX designers among forward-looking Web3 startups, with average annual salary offers currently estimated at $79,000.

“I estimate by 2025, we could have at least 50 million users (possibly even 100 million) in the blockchain space… by 2030, I believe Web3 could take over the internet, even as Web2 continues to coexist.” — Sandeep Nailwal, Co-Founder of Polygon (Ethereum Layer-2 chain)

✏️ Thanks to our friends at Polygon for sponsoring this blog post! 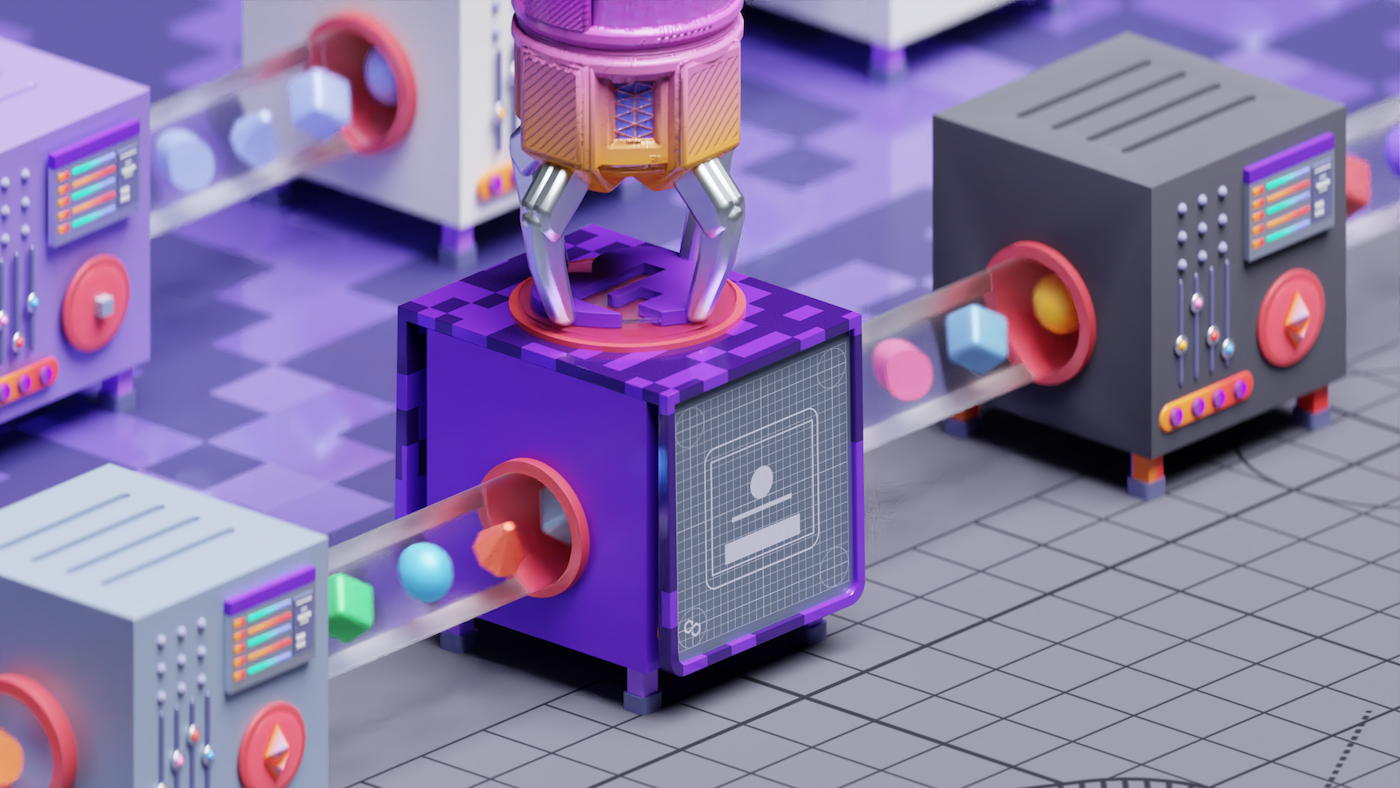 A brief intro to Web3

If you’re unfamiliar with Web3, the term was first adopted by Ethereum co-founder and Polkadot CEO Dr. Gavin Wood. For him and many others, Web3 is considered the next step in the evolution of the internet.

The current iteration of the internet — the internet we know and use today — is known as Web 2.0. Web 2.0 was a big step up from Web 1.0 (the read-only internet of the ‘90s) but data and content are still too centralized. Big Tech companies such as Google, Facebook, and many others have an outright monopoly of our web space and can dictate the rules. Computers on Web 2.0 use HTTP (Hypertext Transfer Protocol) to communicate and find information that is often stored on a single server.

On Web 3.0, users can retain full ownership over their personal data.

In comparison, Web 3.0 is all about decentralization, utilizing blockchain technology and storing information in multiple locations with no single points of control. On Web 3.0, users can retain full ownership over their personal data. Thanks to blockchain technology, Web3 users will be able to communicate with each other directly without the need for intermediary corporations and without top-down censorship.

It’s no wonder that everyone is excited about all the new possibilities Web 3.0 is about to unleash onto the job market. The rise of Web3 presents UI/UX designers with a unique opportunity to shape the future of the internet and make it better for all of us!

Keep reading to learn 3 reasons why UI/UX design is considered to be the final obstacle to embracing the Web3 paradigm:

Let’s use DeFi as an example. DeFi app and platform users are mostly Millennials and Gen Z – the two generations that practically grew up online. Naturally, they have high expectations when it comes to user experience.

The problem with most DeFi startups is that they are fundamentally developer-driven and not consumer-friendly enough. And that’s the barrier to entry to not just DeFi, but also Web3 apps in general. Let’s face it: most DeFi platforms and crypto wallets nowadays still have a cumbersome and confusing interface. This is not helping to jumpstart the mainstream acceptance of Dapps (decentralized apps).

Being able to provide customers with something more than a working product is the first step toward the mass adoption of any new technology.

Being able to provide customers with something more than a working product is the first step toward the mass adoption of any new technology. Millennials and Gen-Z users not only expect an intuitive user interface and a seamless mobile navigation, they demand it. They place value in a company’s ability to translate its product or service into a pleasant and smooth digital experience.

Many blockchain developers are starting to look to other consumer tech sectors for inspiration — tech sectors that have already achieved mass adoption. One sector, in particular, stands out and that’s E-commerce. 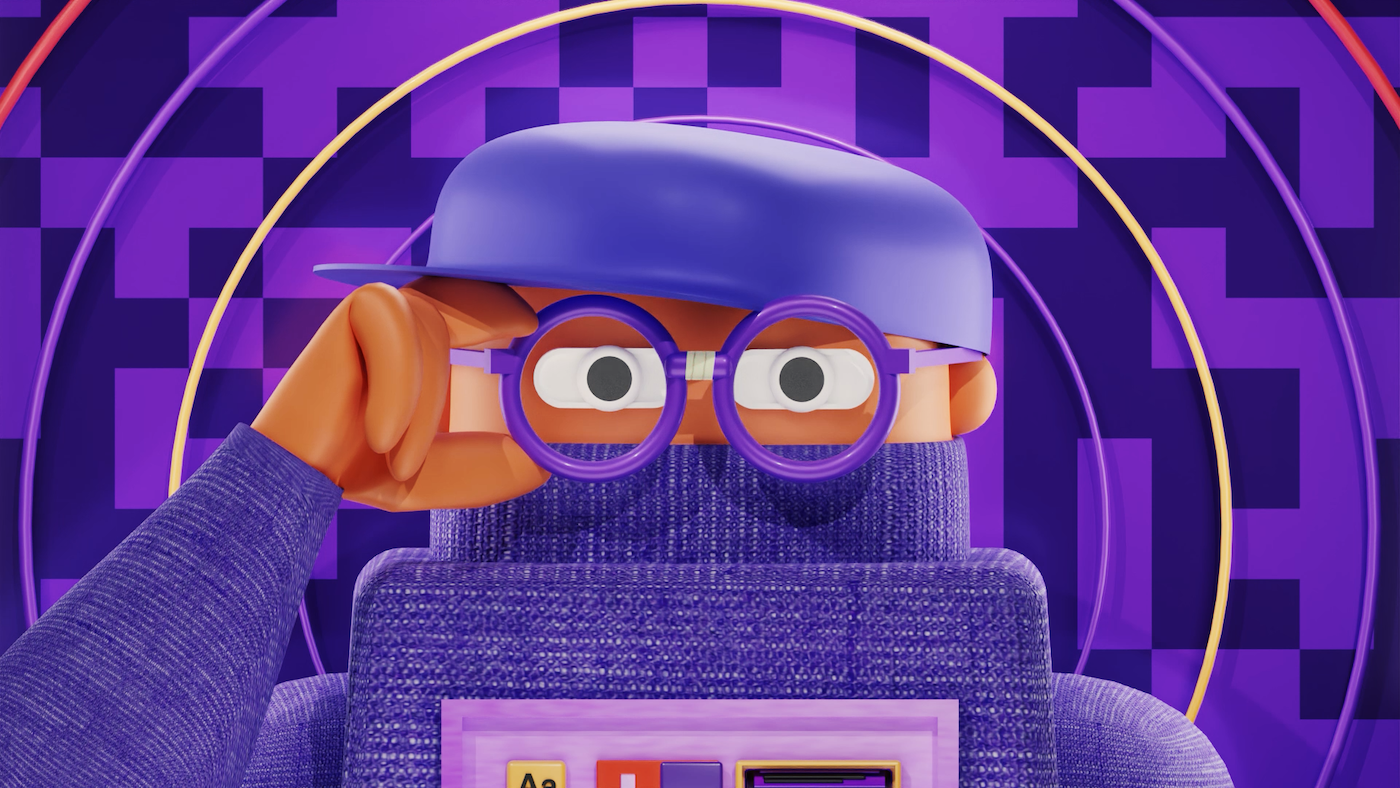 Reason #2: It worked for E-commerce

By all accounts, E-commerce is a smashing success. The competitive nature of online stores has forced retail businesses to heavily invest in providing compelling online shopping experiences and customer journeys. It’s one of the few ways successful online stores have been able to stand out from the crowd and attract repeat shoppers.

For decades, brands have been iterating and perfecting the primary UI/UX design elements that emphasize usability and functionality of their main digital marketplaces, as well as their mobile apps.

Through trial and error, they understood that effective UI design determines the number of conversions and completed sales. And so they focused on developing a smooth, efficient, and attractive customer journey from the welcome page all the way to the checkout page. Online retailers also noticed that Gen-Z customers are twice as likely to make a purchase on their smartphone compared to Millennials, so they optimized their apps to align with the mobile-first mindset of the youngest shoppers.

Web3 startups gunning for mass adoption can definitely take a page out of the E-commerce UX/UI design book. But where to start?

Specifically tailored to blockchain developers, Finity provides all the necessary tools to easily make functional Web3 applications (such as DeFi-focused Dapps) visually stunning and instantly attractive to new users. From a variety of styles, symbols, and layouts, to the ability to seamlessly import own custom designs, Finity is the UI/UX design toolkit that current DeFi platforms probably wish they had available a couple of years ago.

Innovative web-based UX/UI toolkits like this are exactly what will bring Web3 platforms and applications over the mass adoption threshold. Finity users can find some of the best industry-tested assets, elements, and templates with a deep focus on 3D design. 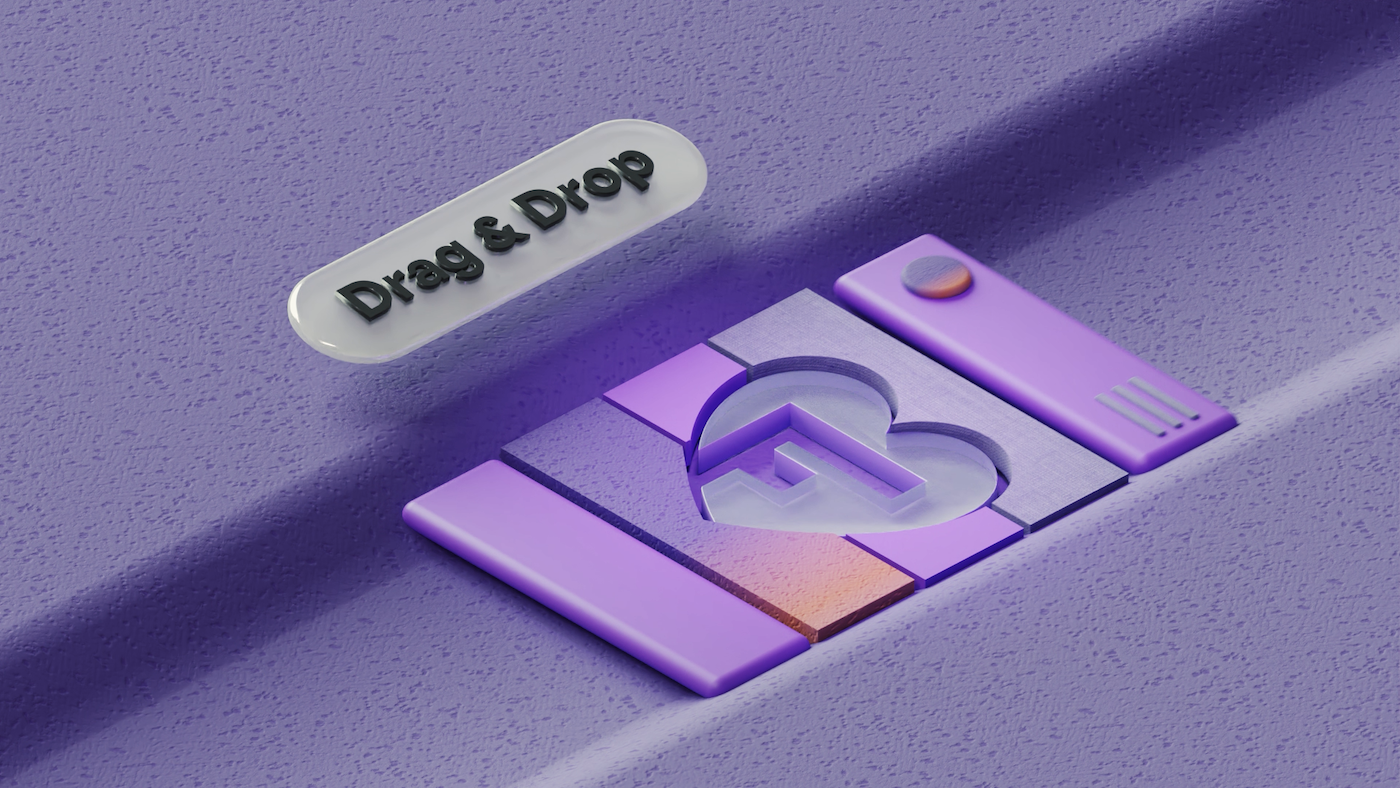 Here is just a fraction of what Dapp developers can expect from Finity: 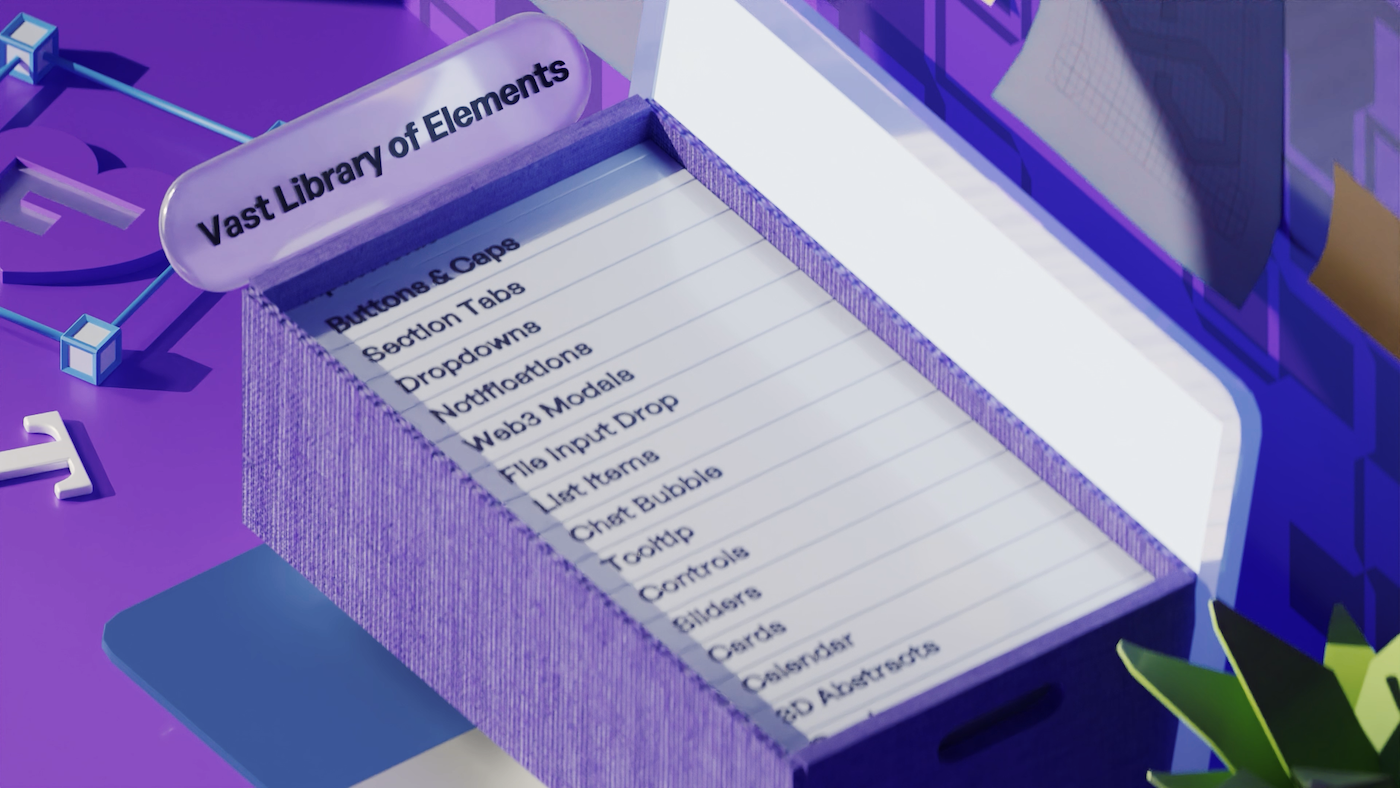 Finity’s layout is intuitive for both veteran designers and newcomers in the field. There are some notable differences when it comes to developing an app for Web3 and Finity’s toolkit reflects just that. The visual library allows UI/UX designers to choose individual elements or combine them with others in perfect unison.

Of course, it wouldn’t be a proper design platform without the option to customize already existing assets by adding your own personal twist. This will allow Web3 designers to finally make the UI of their dreams. The best part is that Finity is open-source and completely free to use, aligning with the spirit of Web3. 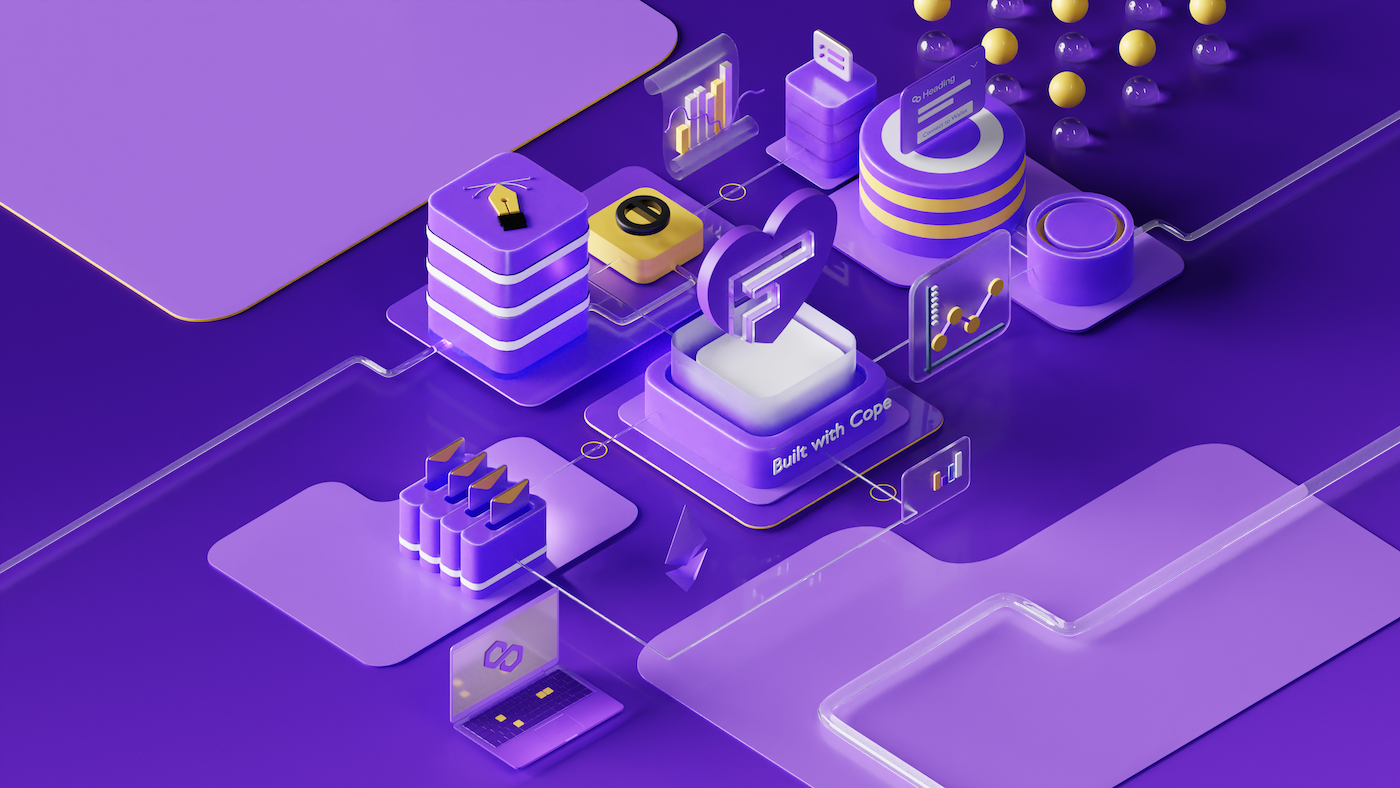 Shape the future of the internet with Finity

The team behind Finity is Cope and that’s no coincidence. The studio has plenty of experience in UI/UX design, NFTs, DAOs, and numerous projects in the upcoming Metaverse. Their goal is to create game-changing Web3 products on the Polygon blockchain platform and create a meaningful impact in the Web3 ecosystem.

A state-of-the-art, open-source UI/UX platform like Finity is surely going to be an integral part into the path to Web3 mass adoption. Finity’s roots began in the Figma community and that’s all you need to use it. Simply download the latest version of Figma and you can access the next-generation design platform for Web3. Find out more about Finity here. ■