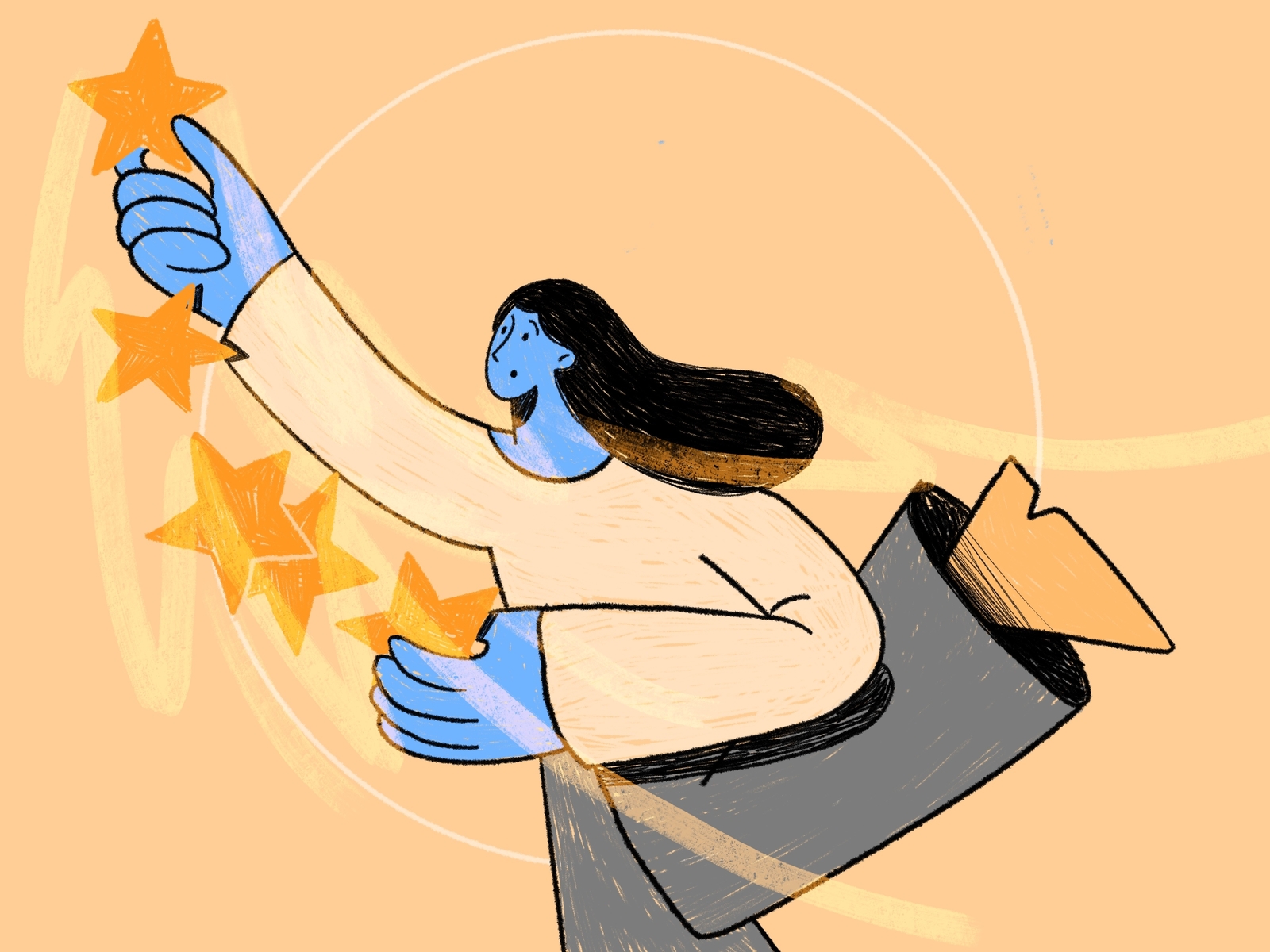 By Cameron Chapman — Editor. Blogger. Author. Designer. Copywriter. Marketer. Entrepreneur. Speaker. Consultant. Coach. I wear a lot of hats. What most of them have in common, though, is storytelling.

Negative feedback can be one of the most positive things that can happen in your design career.

It’s every designer’s worst nightmare: you send off what you think is an amazing design to your client or boss only to get crushing feedback—along the lines of “This design is boring,” or “I hate this color palette,” or “I’ll know it when I see it, and this isn’t it”—that makes you doubt your entire career as a designer. Okay, maybe it’s not that bad, but hearing anything negative about your design work can dent your confidence.

Stuck in a Bad Feedback Loop?

There’s a huge difference between negative feedback and “bad” feedback.

Negative feedback is when a client says, “I don’t like that shade of blue, can it be brighter?” They’re expressing that they don’t like the design as it is, but also providing solid feedback for why.

Bad feedback, on the other hand, doesn’t give you any idea as to why the client is unhappy with the work. Bad feedback sounds like, “I’ll know it when I see it,” or “I don’t like it.” There’s nothing included in that feedback that clues you into what the client doesn’t like. That makes fixing the problem a frustrating game of trial and error.

When presented with bad feedback, you’ll need to coax out of the client what it is they don’t like so that you can fix it and turn them into a happy client.

Ever feel like this before sending your work out for feedback? Me to.

Evaluating the usefulness of feedback

Don’t be afraid to push back on feedback that isn’t going to achieve the project’s goals.

Realize, too, that feedback coming from non-designers isn’t always straightforward. Someone might say, “This font isn’t readable at all, let’s change it.” But simply adjusting things like the baseline size or weight might solve the problem without having to start over from scratch. Small tweaks can often produce big results.

Don’t be afraid to push back on feedback that isn’t going to achieve the project’s goals. Clients and companies pay you for your expertise as a designer. Explain your rationale for why something was done a certain way, or offer alternatives to inappropriate changes that have been suggested.

Bad feedback can be a designer’s worst nightmare. It’s up to you, as the designer, to turn bad feedback into useful feedback.

You’ll need to ask probing questions of the client to get to the heart of why they’re unhappy with the design. Ask them about specific elements within the design:

This can feel a bit like a game of 20 questions and will frustrate some clients. Sometimes a client can say something along the lines of “I hate it,” but only require very small changes to make them love it. Other times, they might say something like “It’s not quite right” and end up with a complete redesign from scratch before they’re happy.

It's been a while since I did work for myself, especially illustrations... but I'm happy to share with you my last illustration for an article I just wrote about Creative Feedback! You can check the entire article here and let me know what you think ✍...

How Negative Feedback is helpful

Negative feedback gets you one step closer to meeting the goals for a design project. The end result—a website or other digital product that serves user and business needs—is what matters. And getting there requires open communication between the designer and project stakeholders.

The key to using negative feedback to create better designs is to actually invite negative feedback. Ask what people like about a design, sure, but also ask them specifically what they don’t like. Every bit of feedback gets you one step closer to optimizing the design.

Treat negative feedback just as you would neutral or positive feedback. Remember that you’re on the same team as the people giving feedback; your goals should be the same, too. Creating a phenomenal digital product requires teamwork. Adversarial relationships with others on the team are only going to make working together more difficult.

Preventing adversarial relationships is easier if you remember that negative feedback isn’t personal. Everyone on the team should have the same goal: to create an excellent product that people love and that meets the business’s goals.

It’s important to set aside your ego when working through the feedback phase of a design project. Designer egos can quickly derail a project (then again, so can stakeholder egos). Don’t get defensive when presented with negative feedback. Instead, listen to what’s being said and read between the lines as necessary. Then turn that negative feedback into actionable ideas that will improve the end result.

About Cameron: I wear a lot of hats. What most of them have in common, though, is storytelling. I’ve been a storyteller my entire life. I love to experiment with different media & formats, different techniques and ways to engage others through the stories we tell, whether that’s in fiction, copy, or through building brands.