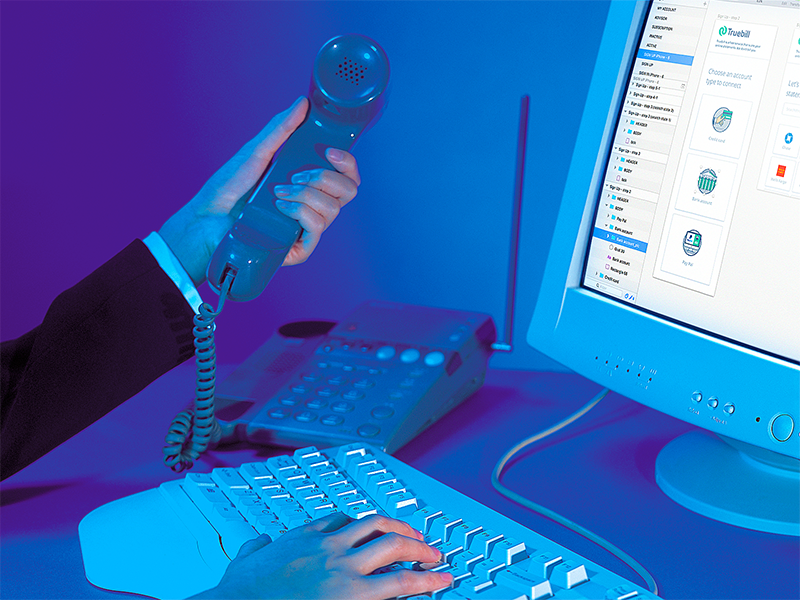 In this next chapter of our series ‘The Evolution of Web Design’, founder of the FWA and author of Web Design. The Evolution of the Digital World. 1990-Today, Rob Ford, shares a timeline of web design’s evolution in the early 2000s. Check out Part 1: The 1990s, and stay tuned for more coming soon!

In 2000, the web truly came to life thanks to a global movement that was powered by the 30-day free trial version of Flash, which was infamously hacked in many ways. One of which was by downloading illegal password hacks and the other… changing the date on your computer.

However, this was also the beginning of the end for Flash as well.

In 2000, the number of websites skyrocketed to over 17 million whilst web users passed 360 million.

The headline: “Flash: 99% Bad”. This article written by Jakob Nielsen was, what seemed like, a direct assault on Flash, using phrases such as, “About 99% of the time, the presence of Flash on a website constitutes a usability disease.” The Flash community rejected Nielsen’s comments and he was mocked on many forum threads. He also became one of the early internet memes, with Photoshopped images of him, and naturally, some Flash animations, making him the subject of a number of jokes.

In my book, Web Design. The Evolution of the Digital World. 1990-Today I cover three decades of evolution of web design, from day one of the web to the current day and highlight the pioneering examples of work that have brought us to where we are now.

In 2000, the number of websites skyrocketed to over 17 million whilst web users passed 360 million. It was also the year Nokia launched the 3310, a phone that would be remembered for its durability and long battery life. 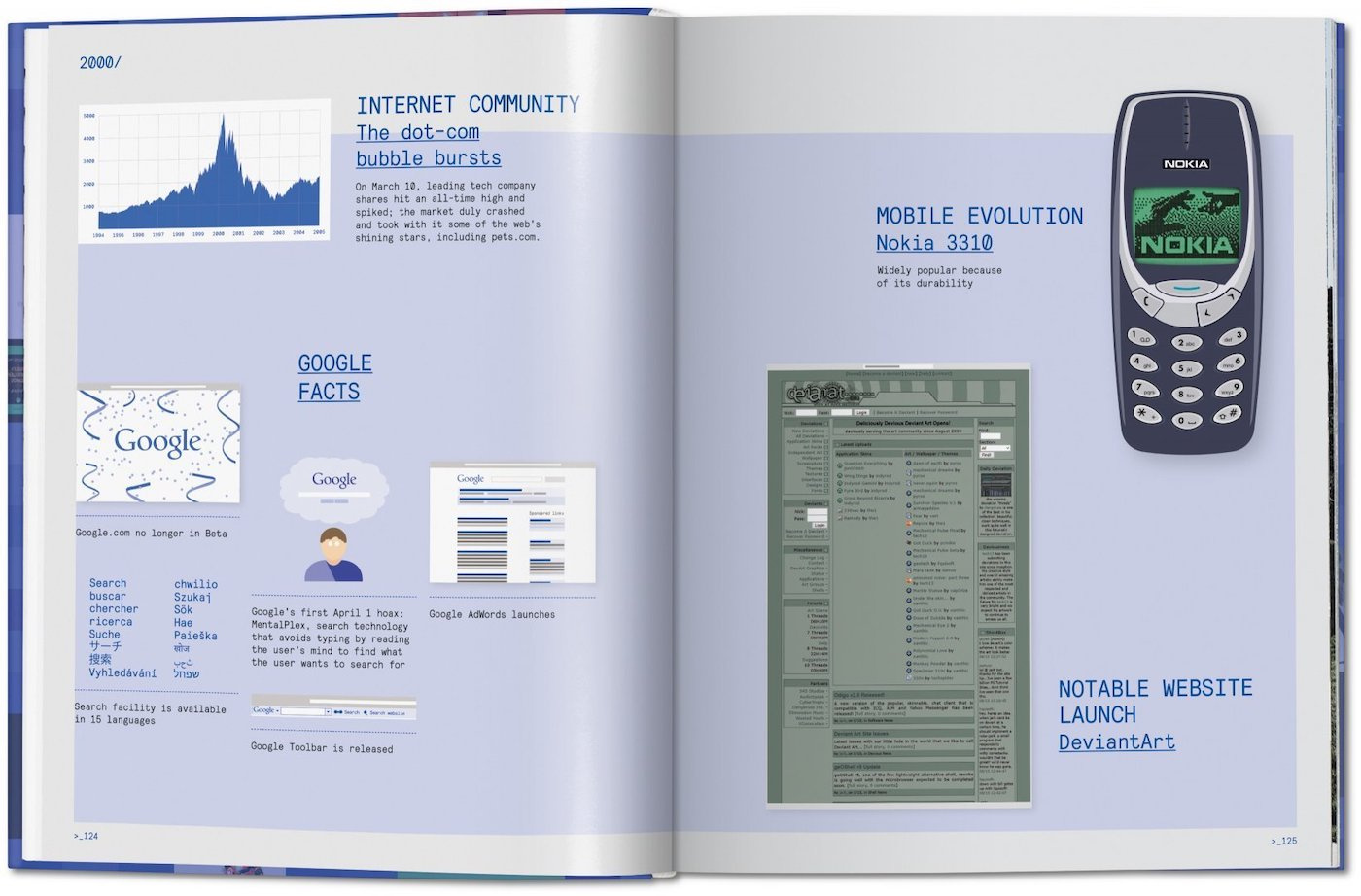 The year 2000 was also the year we’d see the creation of the benchmark for all movie websites, Requiem for a Dream. This was a time when banner ads were really gasping for our attention, and I learned an early lesson when I clicked on the link for Requiem for a Dream: Never judge a website by its opening sequence.

On my first visit, I saw the “click here now” banner and immediately closed the page, thinking it was another badly designed website with banner advertising. But as Flash forums continued to celebrate the site, I went back and was blown away. Here was a new standard for movie websites that demonstrated how the very atmosphere and emotional range of a movie could be translated online.

In 2000 I also launched FWA(Favourite Website Awards). A site that was 100 percent Flash and had no CMS resulted in me updating it every single day for ten years with no days off and no holidays. By April 2005, FWA was receiving over 1,500 submissions per month and was widely acknowledged by agencies, brands, and individuals around the world as the number-one achievement award site for innovative web design.

By 2001 we now had an entire web generation, many of whom called themselves “Flashers” after dropping the “webmaster” title. We’d see individuals gain almost celebrity-like status in the community with the likes of Billy Bussey who blew everyone away with his 3D skills. He was even invited to contribute to the legendary New Masters of Flash book but ignored the email thinking it was “some sort of scam”.

People from all walks of life were dropping their day jobs for the web, with Ferry Halim, a former accountant, turning his attention to the web and creating beautiful games for his “Orisinal” site where he uploaded his games and had an audience of more than one million users per month.

People from all walks of life were dropping their day jobs for the web.

The web was now moving at warp speed with incredible work that would make your hair stand on end, launching multiple times per day. We’re not talking a single amazing Dribbble Shot, we’re talking full-blown web experiences—a lot of them, every single day.

2Advanced Studios v3 Expansions launched in 2001 and would become the most influential Flash website of all time. Eric Jordan really inspired this new generation of web designers and his work became some of the most copied and emulated ever, even giving rise to sites like Pirated-Sites.com where copied websites were posted. His work also saw the rise in many similar experiences and those would often be called “2Advanced” in their design.

It’s incredible to remember all of those firsts and realize that we rarely have firsts these days. However, it should be noted that when something is new, you’re bound to get more firsts when the canvas is blank.

With the likes of Wikipedia launching in 2001, the web was about far more than amazing creative websites. After the 9/11 attacks, a number of websites (FWA included) took their websites down and replaced them with a black page. This was one of the first examples of the internet community speaking out against atrocities around the world, and it was also a way of showing respect to the victims and their families. It’s interesting to note that the top search term for 2001 was–Nostradamus.

In 2002 the May 1 Reboot became a community-driven event whereby thousands of sites worldwide put up a holding page in late April, and then a surge of new site launches appeared in the next month. At a time when websites had also developed a lot of personality (and some attitude), one of my favorite sites of all time, Who’s We Studios launched.

With the arrival of Flash 5, we saw the ability to seamlessly integrate streaming video into websites without the need for pop-up players like Real Player or Quicktime. 2002 also gave us a new wave and new trend in grunge style websites, where old-style graphics met the new tech of the web.

2002 further gave us one of the last fully immersive and impressive sites made with Shockwave Director—one of the decades highlights. “The Osbournes” website, complete with a swear-o-meter, allowed users to become any member of the Osbourne family (pets included) and move around the house, garden, beach, even the tour bus, whilst interacting with everything around them.

2002 gave us another huge amount of firsts, including the original page-turn effect, the first online music mixer, called Looplabs (made in Flash and famously demo’d by Steve Jobs when he launched Safari), and the first 100% Flash e-commerce shopping solution where Fred Perry was a little too early and optimistic with its innovation.

By 2003 the community was talking about “what’s next” as we’d seen so many innovations. Was it possible to still innovate and come up with anything original?

Was it possible to still innovate and come up with anything original?

Enter Tokyoplastic—one of the rare sites that gave an adrenaline rush (and a fright too) when the loaded graphic was clicked, as it literally swallowed users up. The studio found instant web stardom and rapidly landed huge clients such as MTV. The site was intriguing and showed what vector graphics could do, with Flash, 3D, sound, and effects. As Tokyoplastic’s Sam Lanyon Jones said, “When we started out we didn’t have a clue about coding, we knew Photoshop and After Effects and 3D Studio Max. Back then Flash was like a vector-pooping version of those applications and the whole world of coding was broken down into [simple] drag-and-drop building blocks.” 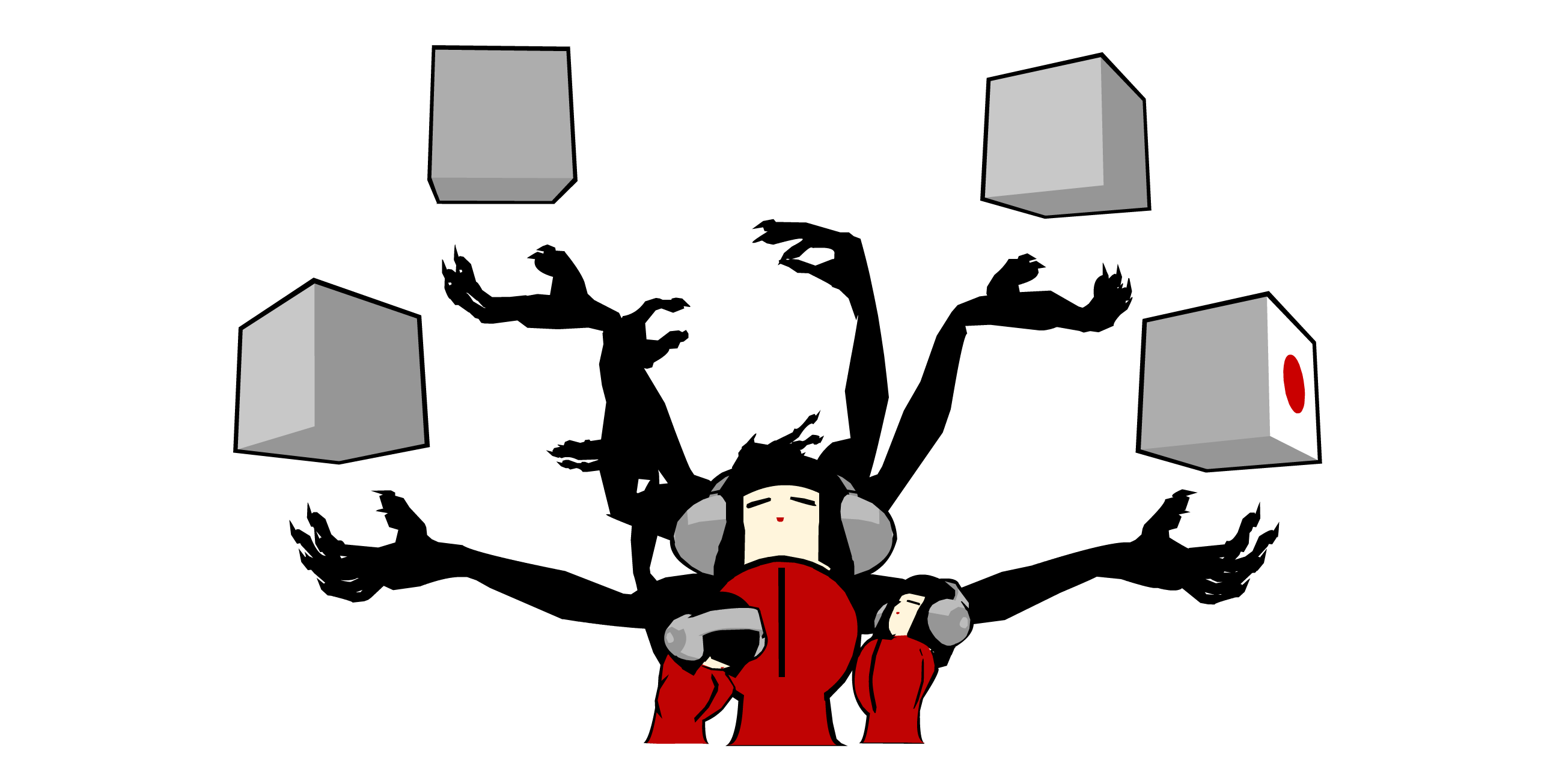 In 2004 Burger King brought “Subservient Chicken” out, the original viral website. This gave people the chance for the first time to make things happen on a website in what felt like real-time. There were over 300 programmed commands, including moonwalk, throw pillow, fight, sex, do the YMCA and breakdance.

North Kingdom established themselves immediately with the launch of Vodafone Future Vision which had startlingly accurate predictions of future wearable tech. We can now look back 15 years at the predictions and see how close they actually were.

Personal portfolio sites were of major importance. Many people landed roles in leading agencies almost immediately after launching their personality-packed websites. Canada’s Greg Washington, also a winner of the May 1 Reboot, was literally in your face as the image of his face was pressed up against the screen, and the condensation from his breath steamed it up. The eerie atmosphere was made complete when his eyes followed the user’s every move.

Even new media design schools, like Hyper Island, were displaying incredible creativity every year with dedicated promotional sites for their students to help them find placements. In 2004, “Crew 9” became a website where the interactive students were “for sale”, in an e-commerce style website.

2004 also gave us the original parallax example with a promo site for the movie Saints and Soldiers, and it was also the year when Facebook (Thefacebook) launched online.

By 2005 the innovations didn’t stop coming, and we were about to see the first-ever upload your face example that would ultimately give rise to the face masks and filters we’re all playing with in 2019, and possibly facial recognition too.

About the author: Rob Ford founded the Favourite Website Awards (FWA) in 2000, a recognition program for cutting-edge web design. He is a pioneer of Internet awards and has been featured in the Chicago Tribune, Guardian, and various web-related magazines. He wrote a regular column in Adobe’s flagship newsletter for seven years. He is also a champion of mental health awareness in the digital industry. Keep up with the FWA on Twitter.