Are you thinking about making a career change but have no idea where to start? Looking to let your best work shine, but unsure of what job description yields the strongest promise of freelance work or potential clients? Thomas Rohlfs has been through this, and you’ll be happy to hear he made it out just fine on the other side. So, what would a would-be illustrator do?

Whether you gravitate towards fine art, are years-deep as in the industry as an art director, or are fresh out of art school—you too can make the transition to traditional or digital illustration. Combine self-reflection, setting goals, and a little self-promotion and you too could be on your way to a career as a freelance illustrator.

Hear Thomas’ story as he explains why he ditched Graphic Design for a full-time career in Illustration, how he got over imposter syndrome, and the challenges faced through the transition in his career path. Drawing on his own story, Thomas reveals that while making a drastic career change is quite frankly terrifying, becoming a professional illustrator is also the best decision he’s ever made.

I’m Thomas Rohlfs, an illustrator from The Netherlands. I grew up in a small village close to Amsterdam, and have been living and working in Amsterdam for about 15 years now. I love the city because there’s so much inspiration to be found, so many different people, cultures and lifestyles.

In the summer of 2018, I sent an email to all of my clients saying I was no longer a freelance designer.

I’ve always been drawing in one way or another. I remember as a kid I had a big pile of drawings that I just kept adding new ones to. The bigger the pile became, the prouder I was. I drew mostly faces and portraits (and maybe a dragon or two). When I grew a bit older, I became more and more insecure about my work and style. I saw the work of a lot of great artists online and felt that I wasn’t on their level and could’t compete. When I was in my twenties, I basically quit drawing and slowly drifted toward Graphic Design which I found to be much easier.

I became a freelance designer when I was 26 years old. Finding work and new clients was never a problem, so as far as that was concerned it was smooth sailing. But in the back of my mind I knew that my real passion was illustration and if I didn’t follow that path, I might regret it later on.

I think it’s important to find a sense of meaning in your work—a reason for getting up in the morning and feeling proud about the work you do. I had lost that feeling as a freelance graphic designer. Of course, this doesn’t happen overnight, but I slowly realized that I didn’t find much gratification in the work I was doing. I knew I couldn’t continue like that forever.

I moved into a new studio a couple of years ago and this really changed my mindset. We’ve slowly built up an awesome group of illustrators and designers like Jeroen Krielaars, Timo Kuilder, Frederique Matti and Karan Singh. I noticed how everyone was passionate about the work they created and also how they declined projects not well suited for them—a real eye-opener for me.

I started to wonder how I could achieve this as well, and found illustrating to be the only real option. I knew then that it’s where my heart lies, but I had been ignoring it for years. This whole process took me about three years and I can’t tell you the exact point when I decided to go for it, but in the summer of 2018, I sent an email to all of my clients saying I was no longer a freelance designer. 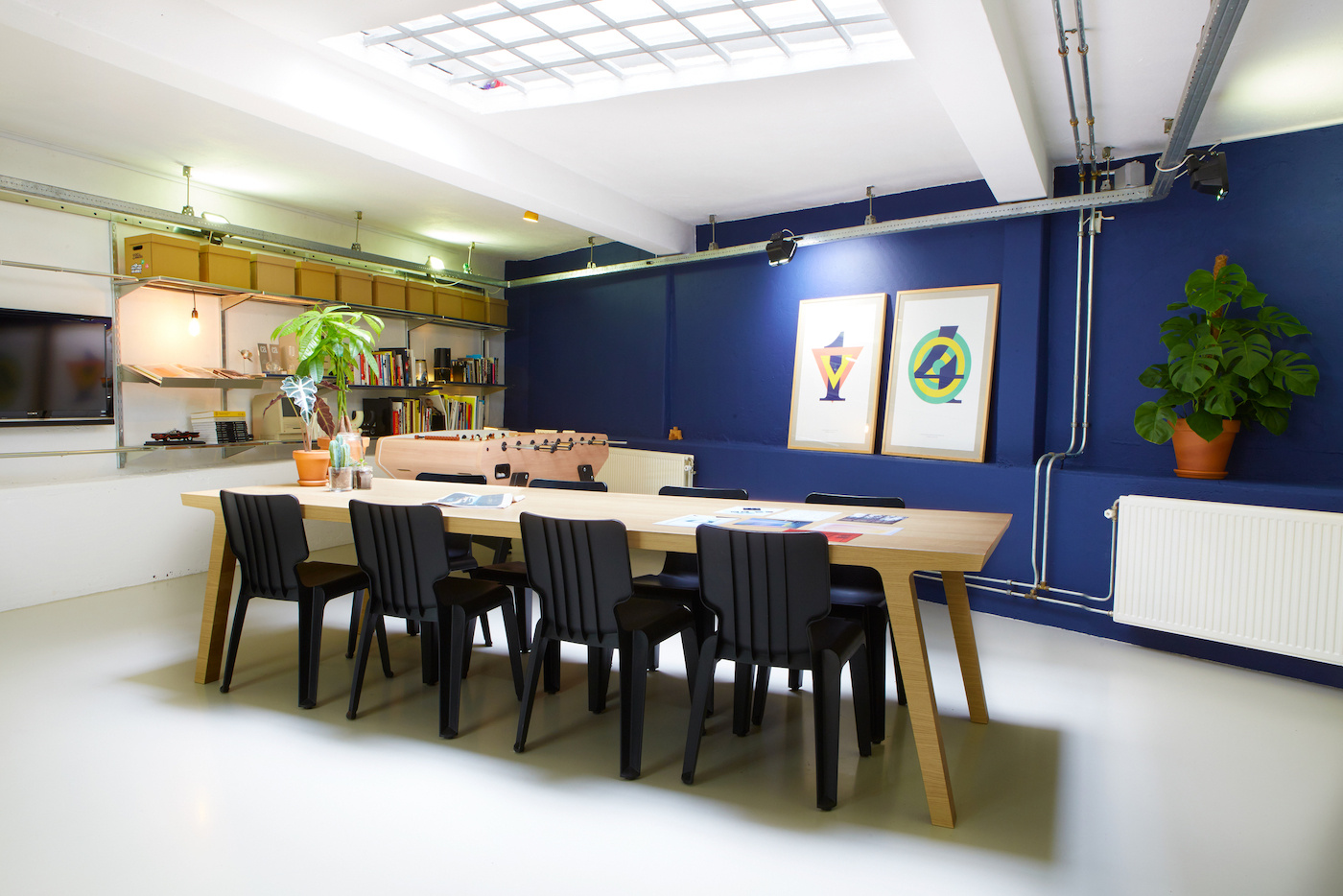 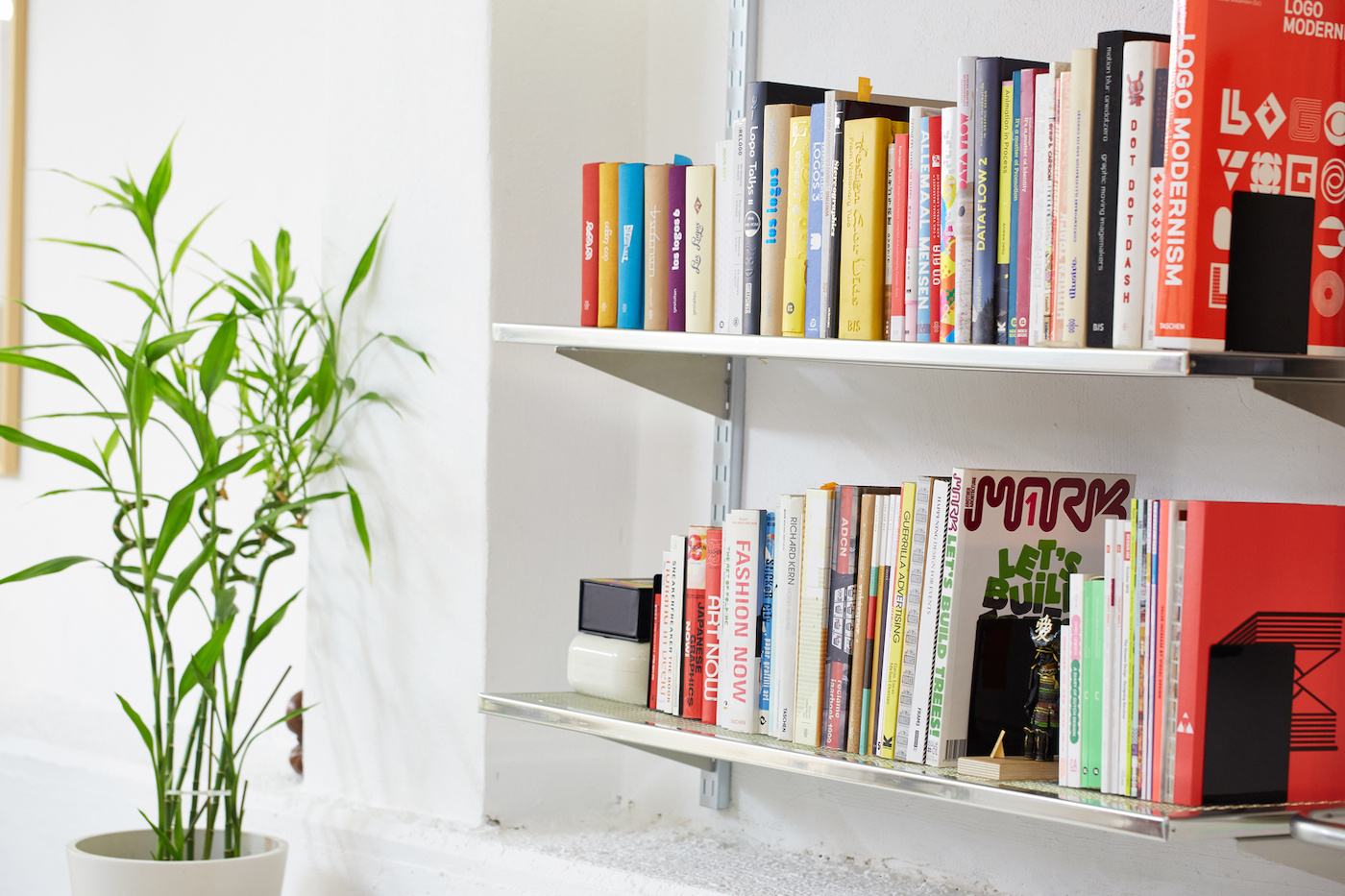 Getting back into the illustration game

The gap between me and illustrators I admired only got bigger because I hadn’t been illustrating for a long time. Getting back on the saddle became more daunting each month. I would still create personal illustrations every now and then, but I was never quite happy with the results. I had to get back in the game, and there was only one way to accomplish this: illustrating a lot. I started to draw every day. In the beginning this was hard. I was confronted with the fact that my skills weren’t where I wanted them to be, and I felt like I wasted many years not drawing at all. But somehow, while complaining to everyone in my studio, I regained my joy in drawing much quicker than I expected, and a new style started to evolve. I used to do a lot of digital painting in a more traditional way, but now I was focussing on very crisp and modern looking line-work, which I loved doing.

During this time, I wondered how I could share more of my process. It takes me a long time to do the line-work and I thought it might be interesting to capture the process. I decided to give the live streaming platform, Twitch, a try after watching many of Dave Greco’s   streams. I was drawing every day anyways, so why not just stream it live? I was very nervous the first time but began loving it pretty quickly. I stream three times a week now and a really nice and small community has developed there. It’s amazing how much support and new ideas you can get from people who watch the stream regularly.

When you decide to start something new, a lot of exciting opportunities will reveal themselves as a result. A great and unexpected advantage of streaming is that it motivated me to draw, even when I didn’t feel like it. Because the stream was scheduled, I had to show up and draw no matter what. It also forced me to open up about my work more. As a result, I’ve never been more productive in my life. Suddenly, I was sharing a lot more work online which led to more exposure.

There are a lot of ways to be an illustrator, and my biggest challenge was (and still is) figuring out what kind of work I want to do. I wasn’t sure if I wanted to do a lot of editorial projects, work for the tech and startup industry, do concept art for games or movies, comics, personal projects, or even go the Patreon  platform route. It gets boring doing the same kind of projects over and over again. For me, it’s important to have diversity and I find it very hard to stick to just one thing.

I’m a firm believer in hitting the ground running and figuring out the rest as you go.

I knew that I wanted to be very critical about the commercial projects I took on. For years I basically accepted any job that came my way as a designer, and that didn’t work out in the end (even though it payed the bills). Looking back, I realize that taking every single project on resulted in making the same kind of work. So from that point forward, I only accepted projects that suited and challenged me. And this has worked great so far!

There was also the financial aspect of switching careers. I wasn’t expecting to find new clients immediately, so I saved up a bit of money to get me through the first couple of months. I didn’t know when (and if) I would find enough new clients to make a living, but I didn’t really care. I just wanted to give it a go. I also had to find things out like ‘regular rates for illustrations’, so I had a lot to learn. But I’m a firm believer in hitting the ground running and figuring out the rest as you go. I’m still very much in the middle of this process—it might never end. 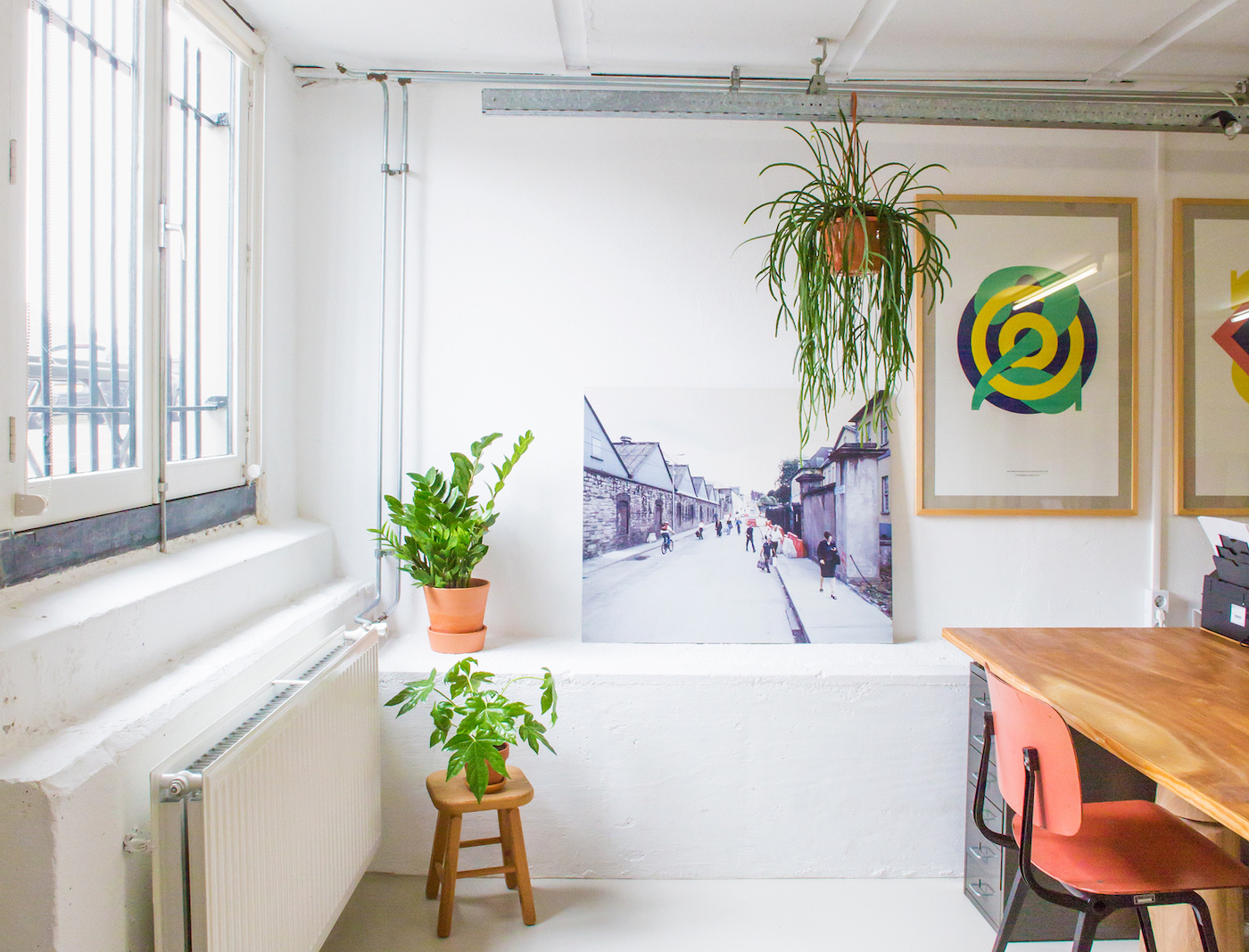 The biggest difference for me as an illustrator was that clients contacted me not just because I was able to work with Adobe Illustrator or Indesign, but because they liked my style. When I was a designer, I always worked within existing brand identities and style guides. Of course, I tried to be as original as I could within the boundaries of the brand identity, but a lot of choices had already been made for me (color palettes and sometimes even fonts and grids). You always had the brand identity to fall back on.

When I did my first illustration projects, I noticed that out of habit, I was still waiting for the client to tell me exactly what they needed. Instead, they wanted me to show them something new and fresh in my own style (the reason they contacted me in the first place). They wanted to see my take on things—in other words, this was now very personal.

There were also smaller changes like: contracts, licensing your illustrations, and sharing sketches. As a designer I was quite used to sharing concepts, but sharing the sketches that I drew by hand felt totally different. I guess that’s the main thing to take away from all this—illustrating is much more personal for me because I actually care deeply about the work I produce.

My advice for other creatives

While it’s very hard to give advice regarding a transition like this (because everybody’s situation is different), I think if you find yourself unhappy in your current job, the real question is, “What DO you want to do?” That’s not always an easy question to answer. And another (maybe even more important) question is, “How do you know that switching jobs would make you a happier person? And what is the underlying reason this job makes you happier?”

I think the answer to that question is that you don’t know, most of the time. That’s the scary part of taking a big step like this. I knew I didn’t want to be a designer anymore and I kind of knew that I wanted to be an illustrator. But I can’t say I was totally sure. At some point, you just have to take the plunge and see where it takes you. This might mean that you’ll be in the dark for a couple of months figuring things out.

The biggest motivation for me was that I didn’t want to wake up one day with the feeling that I missed out or that I never tried. I’m not sure what’s in store for me now, but I know it doesn’t involve regret. Every morning, I look forward to going to my studio and creating something new. Despite the stress I felt in the beginning, I’m much happier because of this decision.

I’m still figuring out where I want to be in a couple of years. Right now, I’m creating a lot of personal work, trying to run my small print shop , and streaming my process on Twitch. I’m also considering setting up a Patreon site as well. I would also love to do Skillshare classes or an Adobe Live session. I guess you could say I’m on route to becoming a ‘self-sustaining artist’. For now, I like this more than commercial projects. But this is still very open to change, and I’m guessing a combination of the two could also be possible.

For now, I just want to enjoy this adventure and see where it will take me.