👉 Interactions Speak Louder Than Words: Check out ProtoPie’s Playoff for a chance to win a MacBook Pro, AirPods Pro, and a year of ProtoPie! 👈 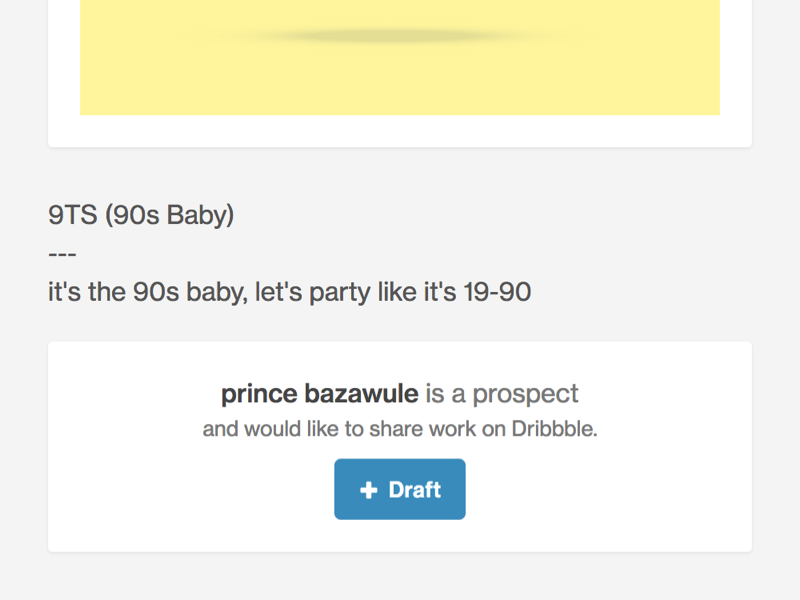 At Dribbble, a designer-first focus is at the center of everything we do. In fact, that’s the very first of our team values. As we build new features and improve existing ones, we’re constantly thinking about how we can improve the designer’s experience as a Dribbble member.

The vast majority of this effort goes to the “Player”—designers who have been invited to the platform. However, there are many other designers on the site that haven’t received much attention from us lately. Due to the invite-only nature of Dribbble, there are countless “Prospects” on the platform—designers looking for an invite to join the Dribbble community and share their work.

Prospects have always been able to create a basic profile and indicate that they’d like to be invited, but we didn’t have many tools in place that let them show the community why they should be invited.

We’re announcing the ability for Prospects to upload shots to their profile. These shots will appear in two places: on the prospect’s Dribbble profile and on the Dribbble Draft list. This makes it easier than ever for Prospects to show off their skills and for players to find designers to draft.

Once a Prospect is drafted all of their shots will be visible to the entire community, but until then shots uploaded by Prospects will not be visible in keyword or tag searches and won’t be appear on the Popular, Recent, or Debut lists.

If you’d like to share your work on Dribbble, make sure you’ve listed yourself as a prospect and start uploading work. If you have some invites to use, head on over to the Draft list and help us grow the community.