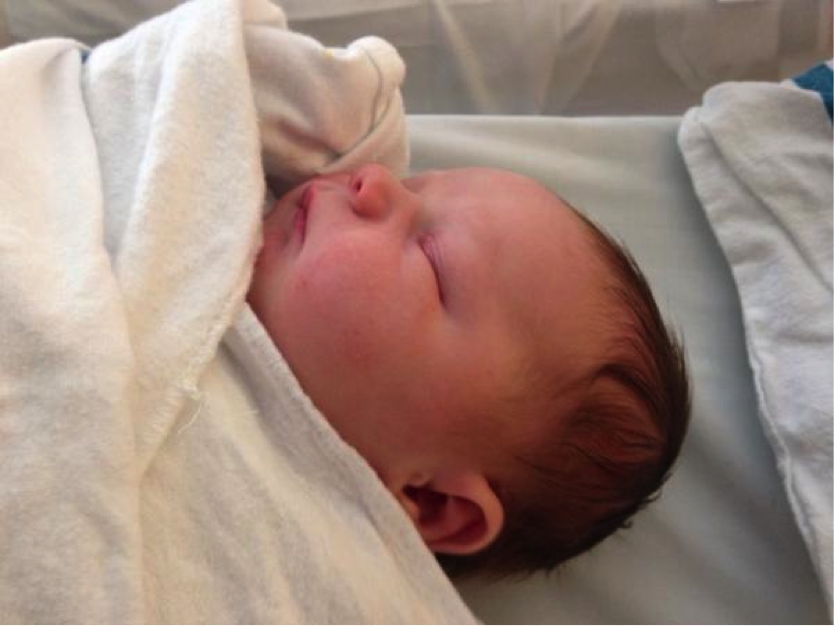 Confession: Usually, for us at Dribbble HQ, it’s all about you, the Dribbble community. But for the last few weeks, it was all about Angela, wife of our developer Patrick. Every time one of us signed in to Campfire, the first thing we looked for was news of Angela. Did she have the baby? Did she? Did she? Did she?

One week ago, she did! Angela and Patrick welcomed Henry Douglas Byrne into the world. Hooray Henry! Woohoo Angela! Yippee yahoo Patrick! If we’re being honest, we’ll admit that Campfire seems a little boring now that Henry’s arrived, but mostly we’re thrilled to have Henry out and about.

Lotsa launching in the last week. In addition to Henry, we launched our new blog! You’re on it. Woohoo to Dan and Tristan for leading the charge. We also launched a new feature for Pros, a formal way to link to goods for sale. Thanks to Ian for heading up the development! It’s worth noting, this small feature doesn’t mark a change in direction for Dribbble. We’re merely neatening up a process that many members were already undertaking.

Can you design the best stickers in the Universe?

LINE & GIPHY are inviting you to create the best stickers in the Universe! Win $10,000 and 1 of 20 Cintiqs! . For more info & to submit entries to the challenge: http://gph.is/1pFMnRd Submissions close 11/3. For extensions, email: stickershop...

We’ve partnered with LINE and Giphy for a fun sticker challenge. Click through for the details.

Dribbble headquarters sit smack dab in the heart of downtown Salem, Halloween capital of the universe. In Salem, Halloween kicks off at the beginning of October and the hysteria builds right up until the big night. Our broom’s in the shop or we’d fly you all here to haunt and howl along with us. Instead, immerse yourselves in your own spooky.

The nightmare before christmas

One of my favorite movies by Tim Burton. He is such a talented artist. I love his dark, and quirky horror. I like his movies so much, I might end up doing a series of prints. We'll see ;)

Final color sketch for a packaging hang card illustration. Turned a production limitation (reduction in card length) into an asset, improving the art for this version considerably over the prior sketches.

I'm celebrating Halloween this year with a series of illustrations. More to come! Check out the full illustration here!

Little tomato illustration from a few weeks ago. I was doing a series of icons for various fruits and vegetables and wanted to play with the idea of having a rotting zombie version of each. This is the first example of what this might look like.

Just made this lil' guy. It's my first time messing with pixel art. I tried giving it a 'Metal Slug' vibe.

yeah no one likes candy corn.

More from my drawlloween series.

A Halloween Wallpaper I illustrated and custom lettered for free download. Go to http://www.link-creative.com/halloween-2014-wallpaper/

Can't have a halloween celebration without picking up some treats to share with your monster friends! Can he interest you in some blood punch, pickled pupils, spider web cones, tentacle pops, or maybe just some mystery boo-ze? Hurry or he'll just eat ...

Really getting into the Halloween mood. :) Full view is attached.

I've been working on an upright script display face. Not sure what the future holds for this one.

This summer we had the pleasure of working with the team at Target to help create their new iPhone app which was released yesterday! Among the things we worked on was an icon suite for the app. All of the icons were designed on a small icon grid so the...

A fragment of the illustration. An editorial for the Mini International magazine. I was asked to illustrate a story about two Sicilian mountain bikers and their road-trip from Catania to Mount Etna. Check the full project here.

by Paddu Raghavan for Course Hero

Many thanks to Crystal Barrineau and Kyle Schmitz for organizing the first-ever Pensacola Dribbble Meetup. They’re working on growing the community, so Pensacola keep your eyes open for more in the future.

Dribbble Kyiv’s first meetup was a huge success. Thanks to MacPaw for hosting, and to organizer Pavlo Grozian/grozyan for organizing. From Pavlo: “A lot of nice people, tons of smiles, stories and jokes.” For more wrap-up, visit the event’s Nvite page and Dribbble Kyiv’s Facebook page.

Meetups is under construction! Please excuse the less-than-sleek design—it’s just temporary. Thanks, as always, to our Meetup co-sponsor Shopify.

Calling all Chicago Dribbbblers! @Bright Bright Great is hosting the next Chicago Dribbble meetup at BBG HQ on November 5th from 7-10 pm. Hang with the BBG crew and Dribbblers from around the Chicago design community. Catch up with friends, make some...

by Square for Square