Join us for a free Product Design workshop on Monday, May 16th and get a taste of what you'll learn in our certified Product Design course. Sign up for free today! 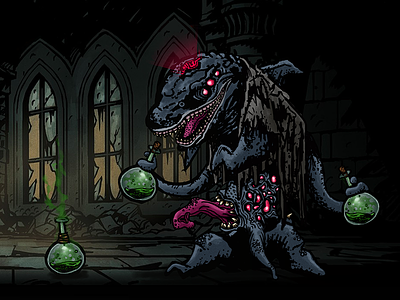 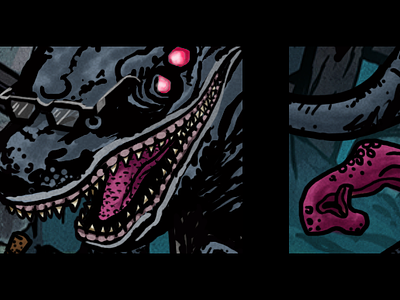 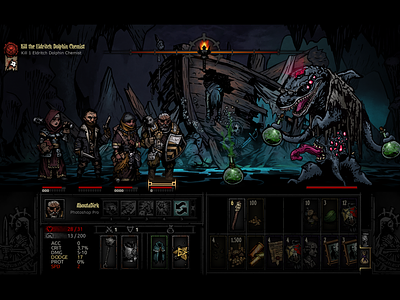 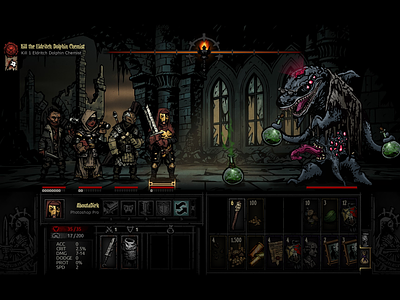 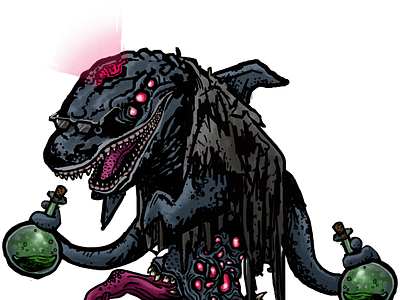 I am involved in a lot of Twitch communities, and occasionally do some art for random streamers that I'm watching.

Today, a user called DolphinChemist was streaming Darkest Dungeon. During the stream, he shouted "SOMEONE DRAW AN ELDRITCH DOLPHIN CHEMIST!"

I thought that idea was hilarious, and thought I'd give it a go.

Basically, this is just an attempt to copy the style of this game, since I've never tried this style before. It was quite a process but over the course of about 3 hours I managed to get fairly close to their style.

Photoshop, Wacom, default brush (round), drawn at 4k resolution, only used 2 layer effects (gradient to lighten black levels a bit on the left hand side, pattern overlay for a bit of grain) and just a lot of looking at how they drew their characters, fabrics and shadow/light levels.

I've included an animated gif to show how I got there. You can tell it's quite a process, as the initial drawing is a piece of crap :)

I tend to stream the creation of stuff like this on Twitch. If you really want to watch, just find me there on the same username.