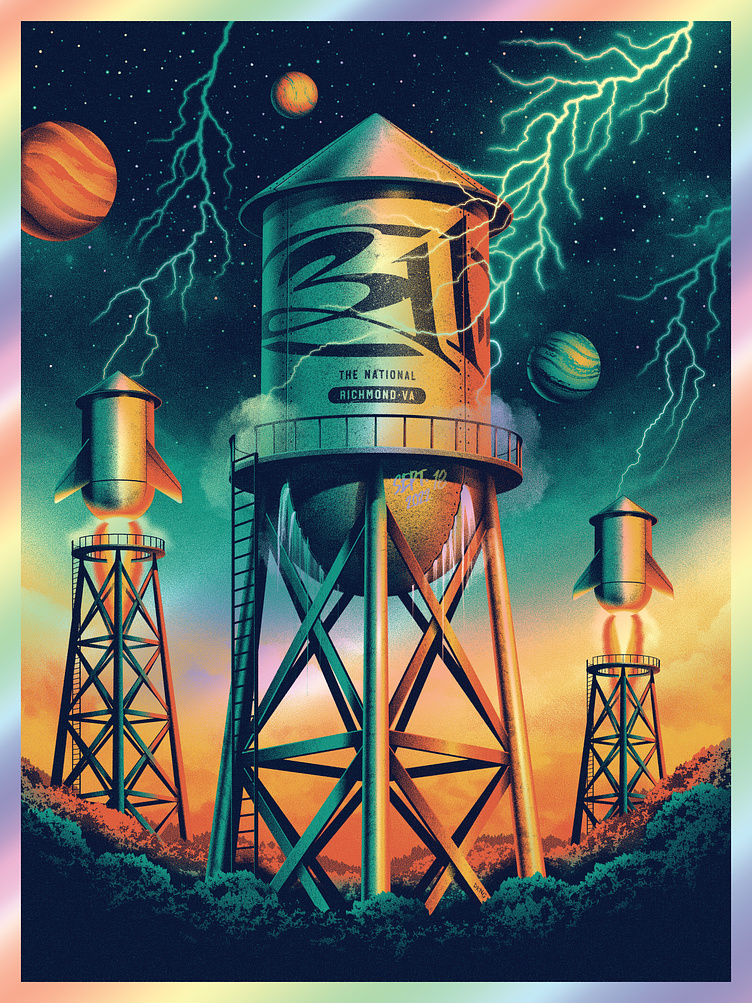 This past weekend, 311’s 2022 tour stopped in Richmond, Virginia, and we had the opportunity to create the poster for the night’s show. The 2022 311 poster series is called the Songbook Series, with each show having a specific song affiliation. For the Richmond show, the song was Electricity from the Transistor album, so in addition to setting the scene among the region’s many water towers, we included the idea that the towers were actually spacecraft hidden in plain sight, and starting their launch sequence in the midst of a lightning storm.

The 311 Richmond poster is an 18” x 24” four color screen print with a regular edition on Cougar Natural 100lb cover stock, and a variant edition on 10pt metallic rainbow foil. Both DKNG artist editions have a super limited run of 50 prints each, signed and numbered by DKNG. Check out our initial concept sketch below along with close up photos of the finished prints. We also made a time-lapse video documenting our process of designing the poster that you can check out on our blog. The 311 Richmond posters will be available Friday, September 23rd, at 9am PT in the DKNG store.