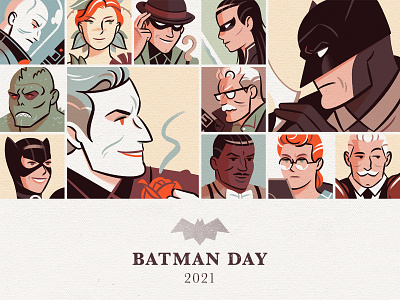 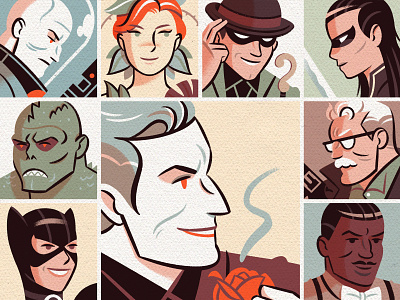 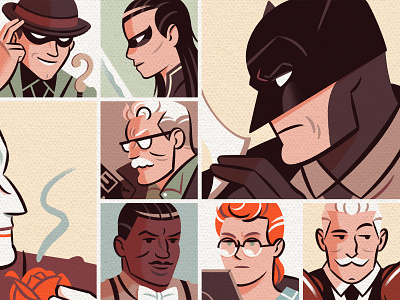 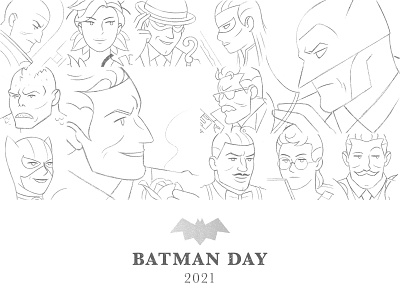 I generally don’t do fanart. But Batman Day (tomorrow!) is the most important day of the year. Eso es así. So here’s a piece to commemorate it from a more global team perspective, less focused on the individual character:

• Katana, close to her conception in BtB. Batman’s deadly sidekick.

• Jim Gordon. Gordon is the best. He doesn’t need to be anything else.

• Alfred Pennyworth, Wayne’s butler. I imagine him as a retired British professional boxer who could destroy Bane with one punch. He’d be this series’ One Punch Man. He never fights or everything would be too easy.

• Catwoman, the most notorious thief in Gotham.

I’ve tried to reduce the palette to some vintage greens, browns and yellows. Perhaps I could print postcards with this...

Take a look at the detail images and pencils :-)