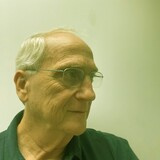 Mr. Ziv got a job in the software field after he graduated from Tel Aviv University. In 1983, he moved to the U.S. on his own to keep working for the same company in the same job. He did this so that the company could grow in the U.S.

After living in the United States for five years, Mr. Ziv decided to start his own business. He started Lemoine Multinational Technologies, Inc. in Commerce, Michigan, with the goal of making machines better at handling data. His company has had a lot of success over the years. For example, it has used data to make machines used in industrial applications more productive.