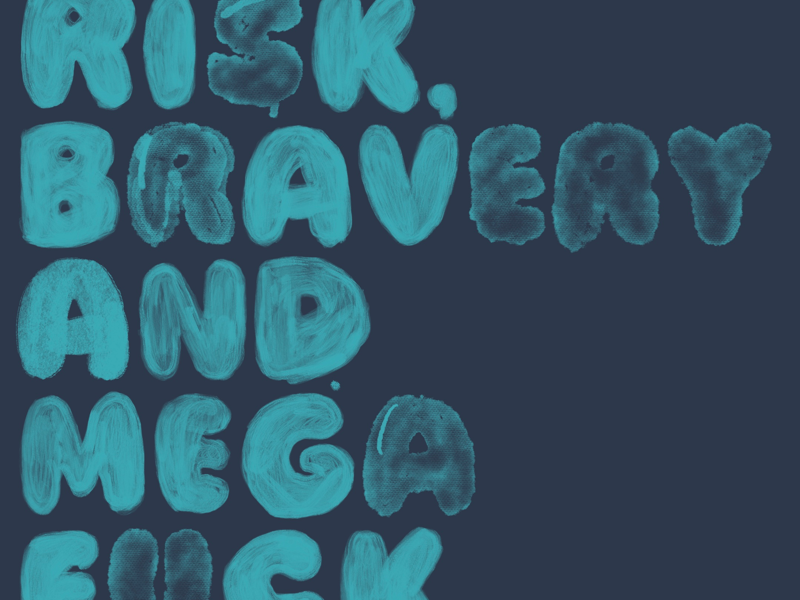 Ricky Gervais said, "it's better to create something that people will criticise, than to create nothing and criticise others." 👊

Slay in your own lane.
You do you, I'll do me.
It doesn't matter what other people think.

So why is it, that we hate standing out so much? What is it that we're really scared of where risk is concerned? Why does shame feel hot on the heels of going for a brilliant idea? Are we scared of dealing with criticism at scale with social media?

People who are ambitious, brave and trying new things are likely to possess these two things: failure and knowing the shame of loss. They're also highly less likely to be critical of others trying something new and pessimistic. If you hear someone that's quick to criticise someone else's dream idea or journey, you're likely to spot they haven't got many bravery stories in their back pocket. Ask them. Critics can't easily offer up truly inspiring or adventurous risk taking stories. They're usually hurt or burned by having a go at something that didn't work out.

And that's where the real growth happens. It's written over and over in people's success stories. These people are good friends with failure.

Mega fuck ups will come your way if you're living boldly. If you're in it right now, I say with my hand on heart, THIS IS TEMPORARY. Yeh I hit the caps lock.

All pain passes. Boy o boy, can I tell you something beautiful about it not working out? The crazy growth and stuff you'll learn! I promise, you won't let yourself revisit that place.

But you will stand taller. You'll see it quickly. You've got skills and knowledge a lot won't have tasted. And that makes you sharp. Get ready, to get up again soon.

More from Call on Courage