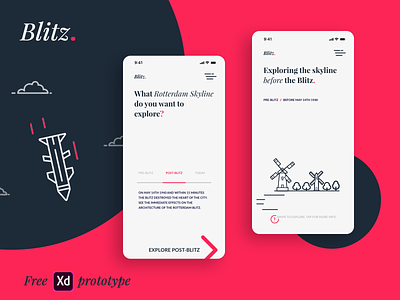 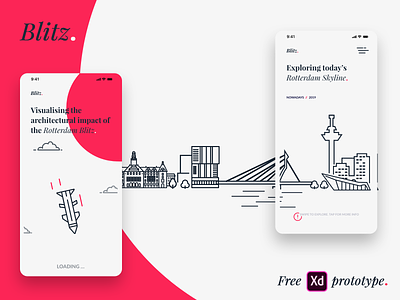 For the #MadeWithAdobeXD contest, I crafted this concept.

Through it, I wanted to visualise the architectural impact of the bombing of my hometown, Rotterdam, during the Second World War.

Despite growing up in the city, I never fully understood its impact during my childhood. While I was used to the, uncommon, modern architecture and knew the underlying reason, I wasn’t aware of the magnitude of the destruction. I also didn’t realise that the Rotterdam Blitz only took thirteen minutes to carry out on May 14th 1940.

To create more awareness and make people of the same and younger generations see the impact, I created this design and turned it into a high-fidelity prototype.

Last, but not least, I’ve included the full Adobe Xd file of the design and prototype, consisting of 39 screens, for anyone to use.

Read more about the project on my site: https://donouwens.com/blitz/

Rebound this shot if you want to share your take on this concept. I’d love to see what you come up with.