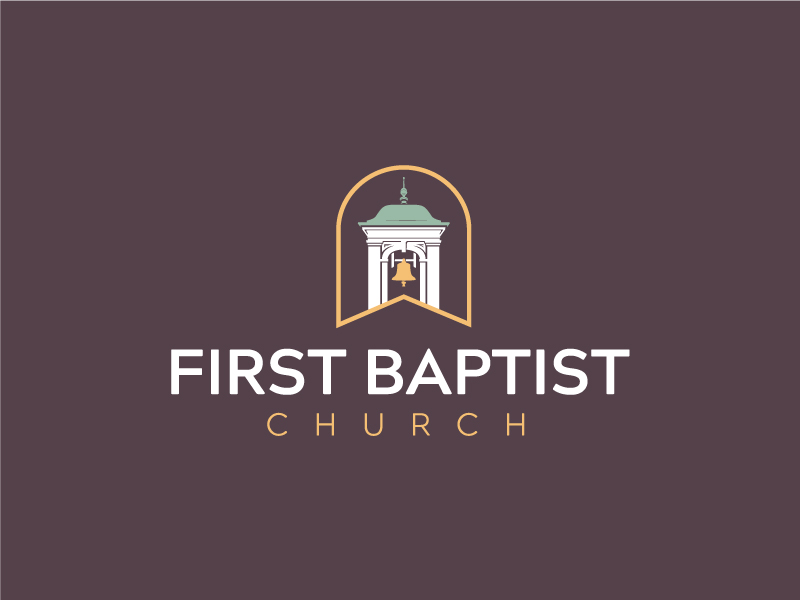 FBC was founded on February 14, 1829. I had the honor of rebranding them a few months ago. They have so much history and their old logo (see attached) paid homage to the structure but lacked a story. So in researching which direction to take - I came across this story —

"The first years of Hand's tenure were busy ones. Beyond the restoration of the sanctuary, church leaders took steps to retrieve a historic church bell used in the early years of the building.

The bell held an important spot in the hearts of older members. Made predominantly of brass and silver, members — including children — contributed silver coins that were melted to go into the manufacture of the bell. The bell and clapper weigh 1,201 pounds.

In the sanctuary renovation of 1897 the tower and bell were removed because the steeple did not fit the Grecian architectural design, and in a gesture of goodwill in 1904 loaned the bell to Rose Hill Baptist Church.

It stayed at Rose Hill until 1951, when it was loaned to Benning Hills Baptist Church. In late 1962 First Baptist decided to bring it home to 12th Street, so church clerk Homer Lynch wrote a letter to Benning Hills:

It would appear that our church could appropriately request that the bell be restored to our church. This bell represents many sacrifices by Former generations, and it is the desire of our church to preserve those memories for future generations.
The bell was enshrined between the chapel and the sanctuary in 1963, with Hand presiding at a beautiful ceremony.

Surrounded by a wrought iron fence, the bell's home is built of special limestone and stands 14 feet tall. The George M. Gamble family donated the cost of mounting and enshrining the bell."

— So I went with the bell tower that sits on the grounds out side of the sanctuary. The shape surrounding that come from the tops of the stained glass windows as well as the arches all throughout the interior of the church. The notch at the bottom pays homage to where the bell tower once sat atop the church.