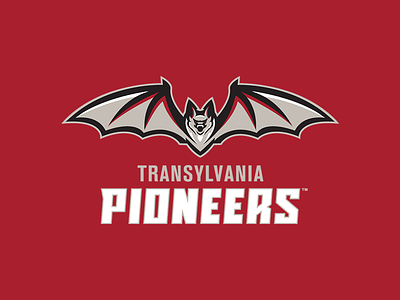 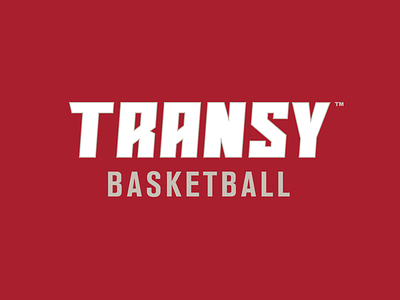 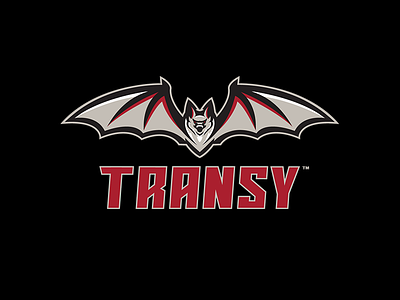 @Mtn. & Co. was hired by Transylvania University, a liberal arts university established in 1780 in downtown Lexington, KY, on an athletics visual identity and typographic system; something they, as a university participating in NCAA DIII, have never officially had.

More commonly known as "Transy" to students and alumni, the school acquired Mtn. & Co. to design a mascot symbol, two custom wordmarks for TRANSY and PIONEERS, and typographic system to correspond with their recent institutional rebrand which uses Akzidenz Grotesk as a primary typeface.

Although their nickname has been the "pioneers"; the president, athletic director and VP of communications wanted to shy away from Daniel Boone and traditional pioneer imagery in order to embrace the obvious—the vampire and bat culture which became popular 100+ years after the inception of the university from the Bram Stoker novel, "Dracula" (est. 1897). A rare opportunity use the trademark, Transylvania.

Just as the Alabama Crimson Tide have Big Al the Elephant, the Tennessee Volunteers have Smokey the Dog, and numerous other athletic programs have different characters representing their athletics nickname for various reasons, Transylvania University now has Raf the Bat—properly named after legendary professor Constantine Samuel Rafinesque; the man that named Corynorhinus Rafinesquii, aka Rafinesque's Big-eared bat.
The new athletics visual identity pays homage to a well-known historical figure from the University's past, while accepting and embracing a sense-of-humor about the present.