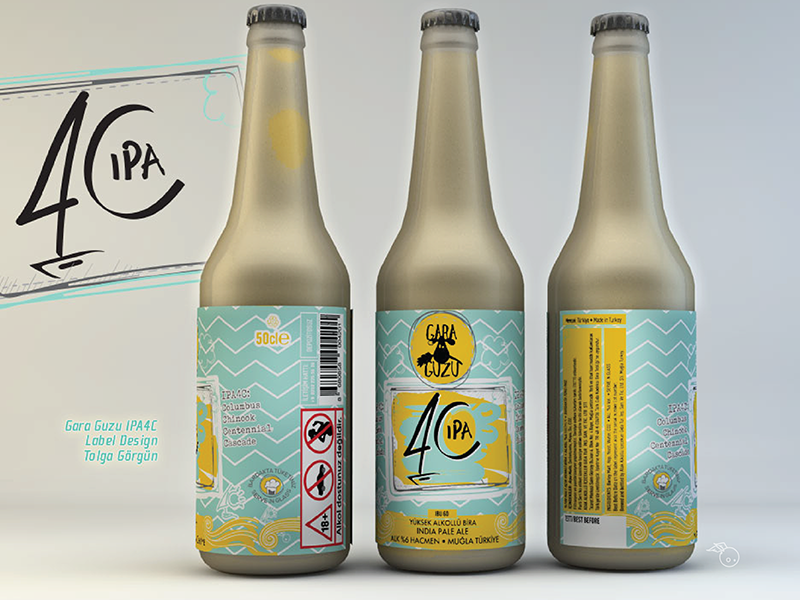 This was so far the hardest round of design series I challenged. The first round of ideas were again focused around a typographical approach; which were not we were happy with. Having a designer’s block back then; it was even harder for me to come up with an innovative rationalé.

The couple even incorporated an illustrator friend; whose approaches were all turned down by the approval center TAPDK; they were found too figurative and too stimulating/promotive (?) for the buyers.

Then it was clear we needed a typographical approach.

The idea was simple

4C has 4 different hops in it all starting with the letter “C”.

the phonetic of the letter reading as “SEA” was the main resolution; which linked it all to Turkey having 4 seas surrounded by 😉

The number “4” resembling a SAIL and the letter C having a sunset feeling solved the whole problem. I did some sketches both digitally and analoguely.

The copule were finally happy with the approach. As a final touch we added a sea wave-ish patternt to the background to give the whole bottle a lively feeling.

read the whole story and the rationale here
http://www.tolgagorgun.com/works/garaguzu-ipa4c/