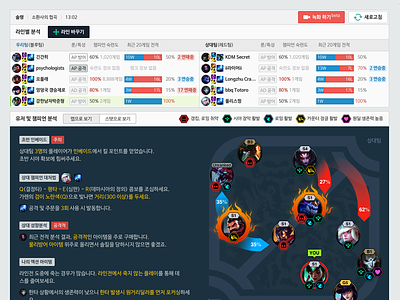 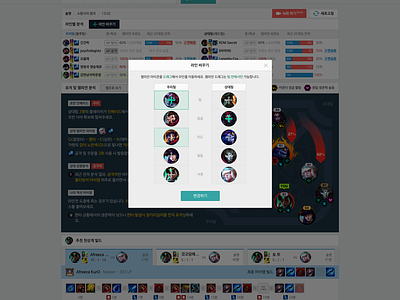 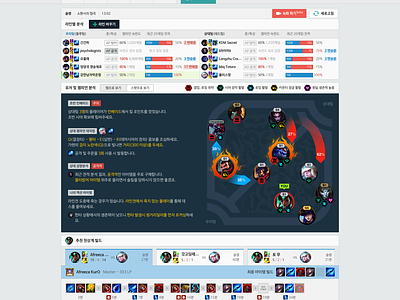 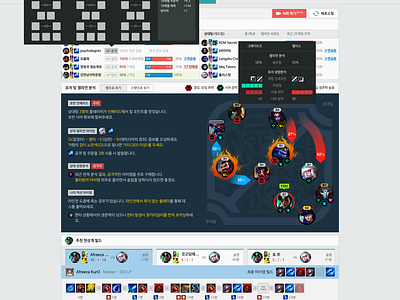 OP.GG Plus is a self-directed coaching/learning system that provides customized game information to users based on OP.GG’s statistical analysis of massive data.

There are three sections in OP.GG Plus.
1. Lane Analysis
2. Champion and User Analysis
3. Recommended Builds

In Lane Analysis, users can see players’ win rate and champion skill level in a nutshell. In Champion and User Analysis, there is a mini map on the right side where users can get the big picture by looking champions & icons and on the left side there are descriptive action items when dealing with opponents. The last section is recommended builds from diamond tier and higher that users can learn skill builds with Runes and Masteries.

On the mini map, the flame marks are given to the most threatening players and small icons attached to champions represent users’ game styles, strength and weakness. Users can anticipate and respond to the enemy through these visual elements and icons.

The icons are divided into two categories: positive and negative. To distinguish these two categories, we’ve used contrasting colors in the icon background. In addition, each icon has its own color so that users can recognize it by colors instead of shapes of the icons. Most of all, we focus on users to read the map as quickly as possible. (You know the loading time is pretty short ^__^)

OP.GG Plus is only available in Korea for now.