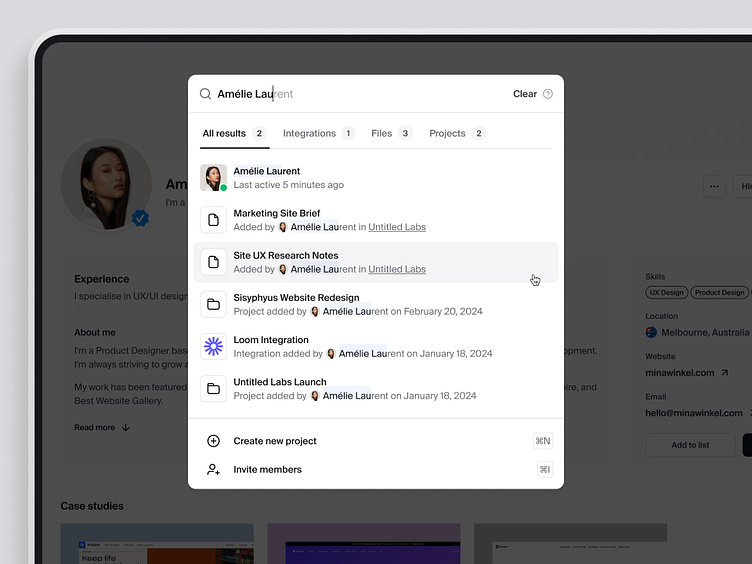 A command/search menu with tabulated results.

Command menus (also known as command bars, quick action menus, or command+k menus) are quickly growing in popularity. Command menus are especially helpful when users are onboarding to a new product as they have an incredible effect on exploration and feature discoverability. Check out some great examples of command menus in Figma (command+/), Linear (command+K), and on Macbooks (command+space).

Made with Untitled UI

Untitled UI is the largest Figma UI kit and design system in the world. Kickstart any project, save thousands of hours, and level up as a designer.

👉 Use the discount code DRIBBBLE for 10% off at untitledui.com

Untitled UI Icons are a clean, consistent, and neutral icon library crafted specifically for modern UI design. Made for Figma, in Figma.