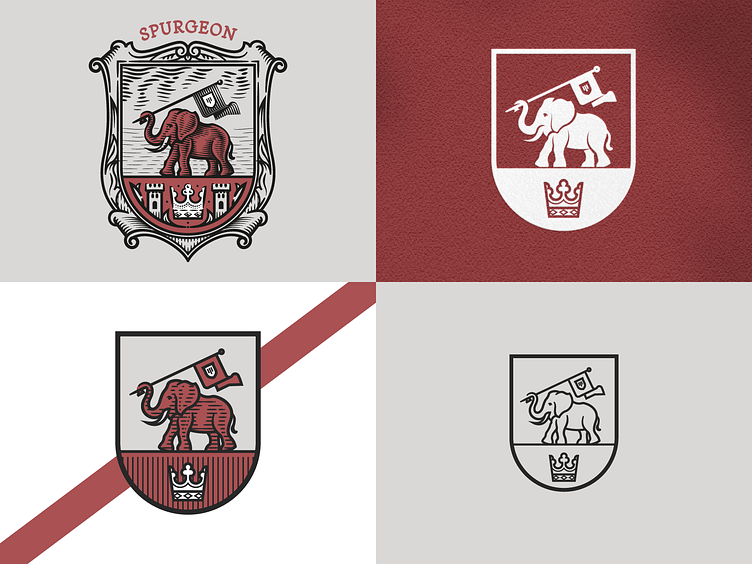 Last year I had the chance to work on a responsive house crest set for Reformation Bible College. Each house is named after a theologian and has a fitting crest animal.

The second house crest I want to share is the Spurgeon crest with an elephant and a crown. The victorian preacher C.H. Spurgeon was indeed a gentle giant of faith and his church was near Elephant & Castle in London. He was often called the Prince of Preachers hence the royal symbolism.

The set contains a detailed engraved heraldic badge as well as a simple monoline icon (and versions in between). For the font above the crest I used Saddleford by Beasts of England. Art Direction by Jordan Grove from Ligonier Ministries.