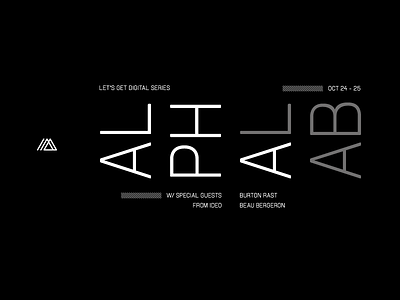 Alpha Lab, part of AIGA's Let's Get Digital series, is a two day event that teaches designers and developers how to prototype apps.

/////////// Day 2 starts with a workshop at Ignite's office downtown. You'll take an idea and learn how to prototype it in a fast, iterative way. Building on what you learned the night before, you'll get direct feedback from Beau, Burton, and some other special guests. We'll finish off the day with an after party at 1904 Music Hall. Groups will demo their projects for a chance to win a special prize.

Don't know how to code? Not a designer or developer? Don't have an idea to prototype? It doesn't matter. This event is for anyone who is passionate about creating apps. Come with a willingness to learn, and you'll be right at home.