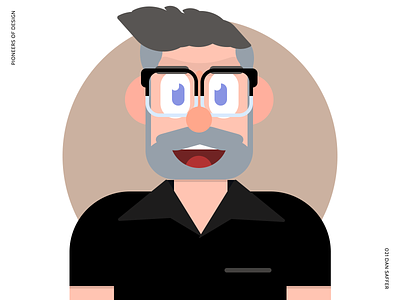 Dan Saffer literally wrote the book on microinteractions. You know, those little areas of delight you’re drooling over when you work with a product? Yep, that’s his concept.

Microinteractions are the functional, interactive details of a product. Details, as Charles Eames once said, aren’t just the details; they are the design. These details can make engaging with the product easier, more pleasurable - even if we don’t remember them. Some microinteractions are invisible, and some are the reason you buy/use a product (e.g, Signature Moments).

Typically microinteractions are the last thing to be designed and developed. They are often overlooked or hastily put together. However, the design of your product is only as good as its smallest part. Microinteractions need to be thought of as part of the design process and not as an afterthought.

A microinteraction is made up of four parts: triggers that initiate it, rules for how it functions, feedback that the rules generate, and the loops and modes that make up its meta-rules.

Triggers are made up of four principles: (1) make the trigger something the target users will recognize as a trigger in context, (2) have the trigger initiate the same action every time, (3) bring the data forward, (4) don’t break the visual affordance, (5) the more frequently the microinteraction is used, the more visible it will be, (6) and don’t make a false affordance.

For the rules, feedback, and the loops and modes material, I ask that you buy Dan’s book Microinteractions. You will not be disappointed.

Dan is a product design leader and serves as the director of product at Flipboard.

Dan is well known for his writings: