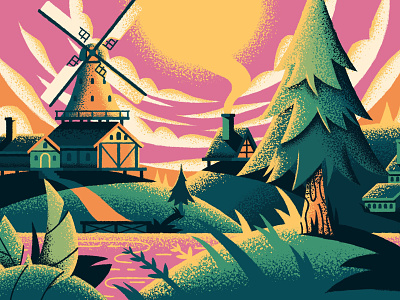 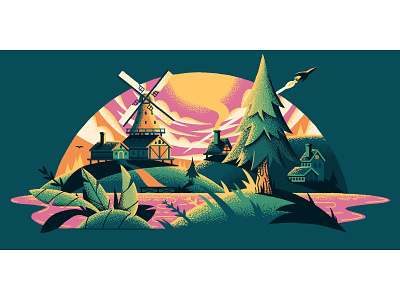 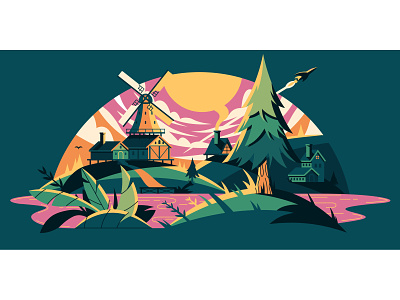 Extremely grateful to be chosen to be a part of the incredible Adobe Create Forward campaign ,

This campaign works by nominating another creative that inspires you, and then creating an illustration based on that person in your style.

The person nominated will then have to nominate someone else that inspires them and make that illustration as well! I was completely honored and humbled to be nominated by none other than the brilliant and talented Jack Royle:

After nominated, Adobe sent me brand new iPad Pro and Pencil, and included me in the Beta for the soon to be released Illustrator for iPad. I am happy to announce that it's an incredible addition to the iPad Pro creative suite, and I made this illustration pretty much entirely on the app. The gouache texturing I did in Photoshop.

Either way I now have an incredible option to create full blown, robust vector illustrations on iPad Pro. The biggest tool I'd say that surprised me was the pencil tool. I can't believe how good the pencil tool is now, and I found myself hardly ever needing to jump into the pen tool... Even for precision stuff.

As you can tell, I was really psyched to work on this illustration campaign. It's now my turn to nominate someone, and I choose the Amazing Lisa Jabobs:

The illustration I made here was based on inspiration from her. I was supposed to take a vacation in the Netherlands and hang with my homie Lisa, but unfortunately 2020 had different plans. I made this illo to represent what could have been I guess.... I also threw a spaceship in this piece (you can see in the other slides) because I was planning to take one of those to get there.

Anyway on to you Lisa! You're an amazing illustrator, and part of the reason I nominated you is because I want the world to see more of your skills homie!

A huge thank you to Adobe for having me be a part of this incredible campaign... What a great idea to promote positivity in a time like this. Huge thanks to Jack Royle for nomination as well! You are the freaking man